A History of ADAS: Emergence to Essential 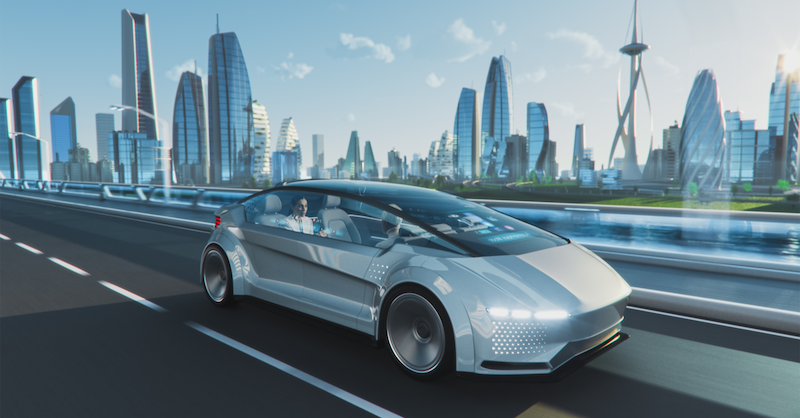 IDTechEx Explore A History of ADAS: Emergence to Essential

In the "Autonomous Cars, Robotaxis & Sensors 2022-2042" report, IDTechEx predicts that SAE level 3 autonomous features, such as traffic jam pilot, will emerge in 2022 and become common in vehicles by 2042. How did IDTechEx predict this time scale? The answer lies in the historical adoption trends of advanced driver assistance system (ADAS) technologies.
Everyone is familiar with anti-lock brakes (ABS) and traction control; you would not have even thought to ask about them when purchasing your last car. What about cruise control? If you have bought a car within the last 5 years or so, then chances are it was a standard feature. But what about adaptive cruise control (ACC), lane keep assist systems (LKAS), and cross traffic alerts (CTA)? You might have heard of these if you have bought a new car recently, but they are not yet commonplace. In fact, there are quite a few new and emerging technologies that fall under the ADAS umbrella that are not yet commonplace.
IDTechEx specializes in predicting new and emerging markets, and to understand the adoption of these new technologies, we took a backward look at the adoption of the current technologies that you (probably) take for granted today.
Using 4,000 historic car brochures spanning the past 60 years as a basis, IDTechEx found adoption curves for systems including adaptive cruise control, automatic emergency braking, reverse cameras, cross traffic alerts and lane keep assistance systems, which can be seen in the figure. 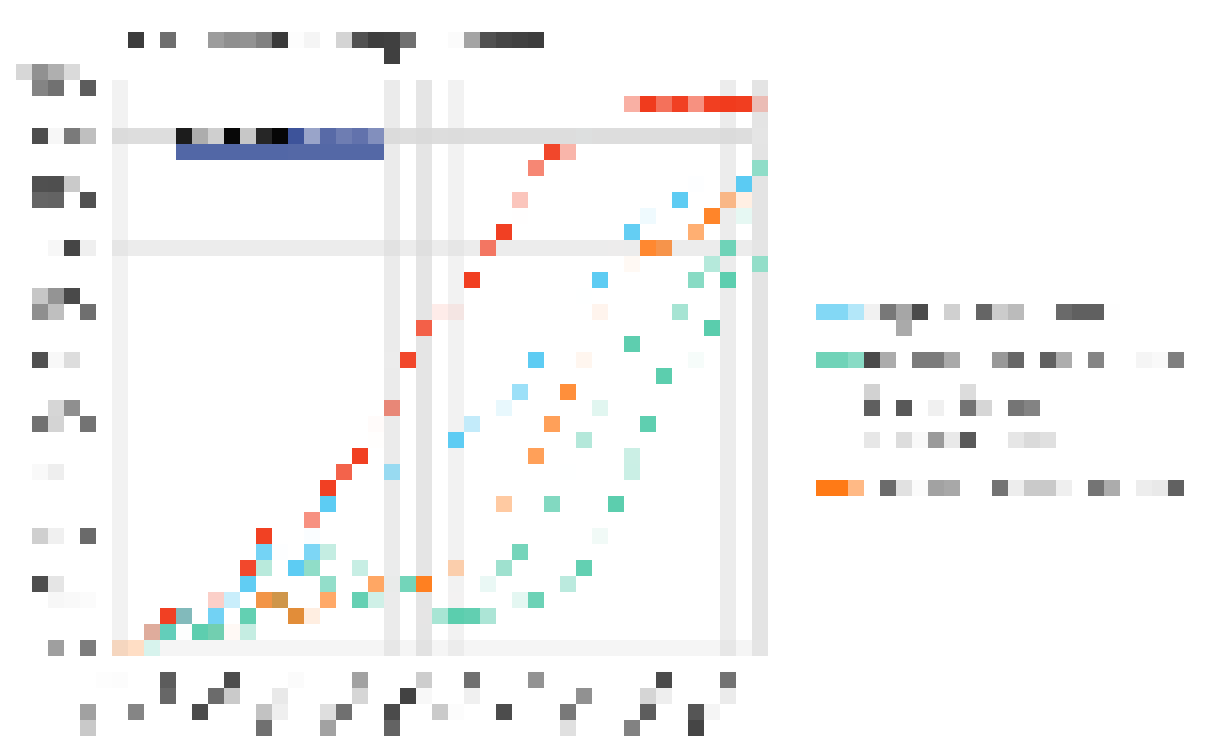 The progression of ADAS feature adoption over the last 20+ years. The features shown here are adaptive cruise control (Adaptive CC), automatic emergency braking (AEB), reverse camera, cross traffic alert (CTA) and lane keep assistance system (LKAS) Source: IDTechEx Research.
The IDTechEx analysis shows that it typically takes 15-20 years from market entry to wide adoption within the car market. While the result to some extent influences our autonomous vehicle forecast present in "Autonomous Cars, Robotaxis & Sensors 2022-2042" report, it does have limitations. For example, it cannot tell us whether the technology is included as a standard feature, or as an option.
To address this, IDTechEx has further analyzed 88 brochures from the best-selling cars in the US, Europe, China, and Japan, from automakers including Ford, Chevrolet, Volkswagen, and Toyota. These 88 cars represent 22% of all vehicles sold in 2020.
From this analysis IDTechEx saw that of current ADAS technologies for level 2 autonomy, adaptive cruise control is the widest adopted, with over 60% of vehicles sold with it as standard. Meanwhile, lane keep assistance systems (LKAS) is the least adopted with nearly one-quarter of vehicles not even having it as an option. 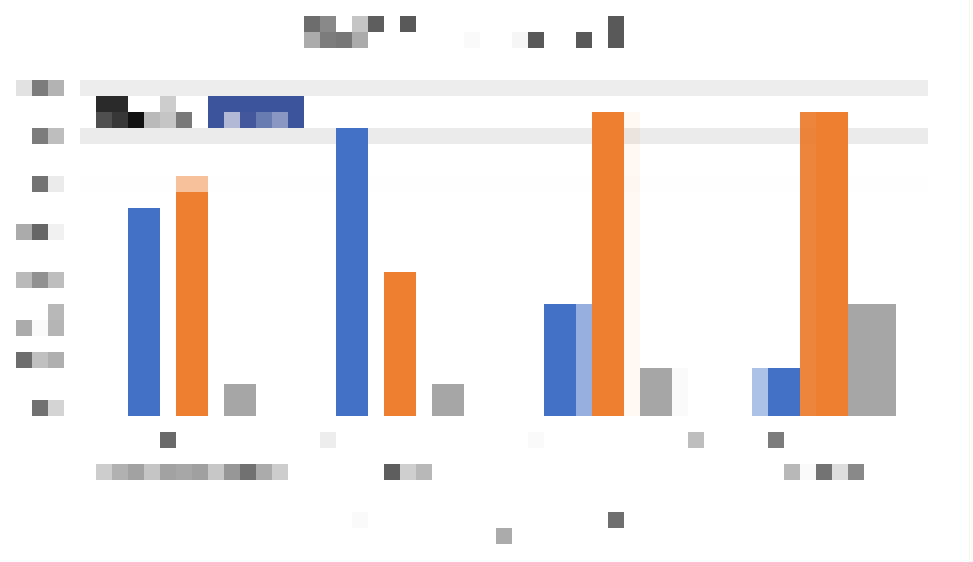 The percentage of today's cars which come with autonomous emergency braking (AEB), adaptive cruise control (ACC), cross traffic alert (CTA) and lane keep assist system (LKAS) as either standard, an option or not available (N/A). Source: IDTechEx Research.
So, while it can be seen that adaptive cruise control was the first of these technologies to emerge in approximately 2002, it is now towards the end of its 15-20 year cycle and is becoming a fairly common technology. On the other hand, lane keep assistance systems, cross traffic alert and automatic emergency braking started to emerge between 2010 and 2016 and are therefore much earlier in their cycles.
There are many factors controlling the adoption of these new technologies, does it bring a safety benefit? Can it be done cheaply? Are the sensors required mature enough? Does it bring a significantly better driving experience?
It is expected that safety technologies will be adopted faster as they will be encouraged and mandated by safety bodies. This explains why automatic emergency braking is reaching higher levels of adoption more quickly than cross traffic alert and lane keep assist. It also goes to show why there is a 5 year window in the adoption period (15 - 20 years) as each technology brings different safety and comfort benefits (and so will have a different adoption journey).
Sometimes a technology can emerge and not be utilized or be superseded by a new technology. A good example of this is the vehicle's braking system. First, there were drum brakes, which worked poorly at best. Then disc brakes emerged, which are now the norm. Following the additional stopping power that disc brakes came with, there was the emergence of anti-lock braking systems or ABS, which again is now common.
Right now, automatic emergency braking (AEB) is an emerging technology. IDTechEx's research indicates that ~40% of vehicles are fitted with AEB as standard, while it is an option on ~50% of vehicles. The Euro NCAP safety certification body are planning to make AEB compulsory in 2022, so will AEB be the next ABS, something that we may take for granted in the near future.
Some of these technologies such as LKAS and ACC can make driving a little more relaxing, some, such as CTA and AEB can make driving a little safer, but all of these technologies will take 15-20 years from emergence to become commonplace.

IDTechEx is actively researching MaaS and autonomy and has just released an updated report "Autonomous Cars, Robotaxis & Sensors 2022-2042".
This research forms part of the broader mobility research portfolio from IDTechEx, who track the adoption of autonomy, electric vehicles, battery trends, and demand across land, sea and air, helping you navigate whatever may be ahead. Find out more at www.IDTechEx.com/Research/EV.
IDTechEx guides your strategic business decisions through its Research, Subscription and Consultancy products, helping you profit from emerging technologies. For more information, contact research@IDTechEx.com or visit www.IDTechEx.com.