The conversion of electrical energy into light is known as electroluminescence. Discovered at the beginning of the century, this effect is at the origin of a vast number of solid state lighting devices made by different approaches and of different components, such as purely inorganic, purely organic or a combination of both. The application of these devices has proven to be very broad, as they are used for lighting purposes, displays or architectural lighting among others.
The project Flex-e-toy makes use of electroluminescent devices developed by Printed Electronics to add a new functionality to traditional plastic toys. This technology has shown to be a revolutionary new way to yield thin, lightweight, flexible and robust devices. Printed electronics is also swaying the toys and games' market as new attractive and interactive products can be designed. This fact has been demonstrated on the project through the development and creation of toy prototypes that integrate printed electronics giving them an added interest and chances to successfully compete with low-cost products coming from the Asian toy market. The prototypes thus combine printed multilayered electroluminescent devices made of inorganic components and organic conductors with printed electronic circuitry. The sets have been properly encapsulated and integrated into the toys through an extra adhesive layer. Figure 1 shows a schematic view of the process. Customized electronics for the prototypes were also developed and connected to the EL devices. 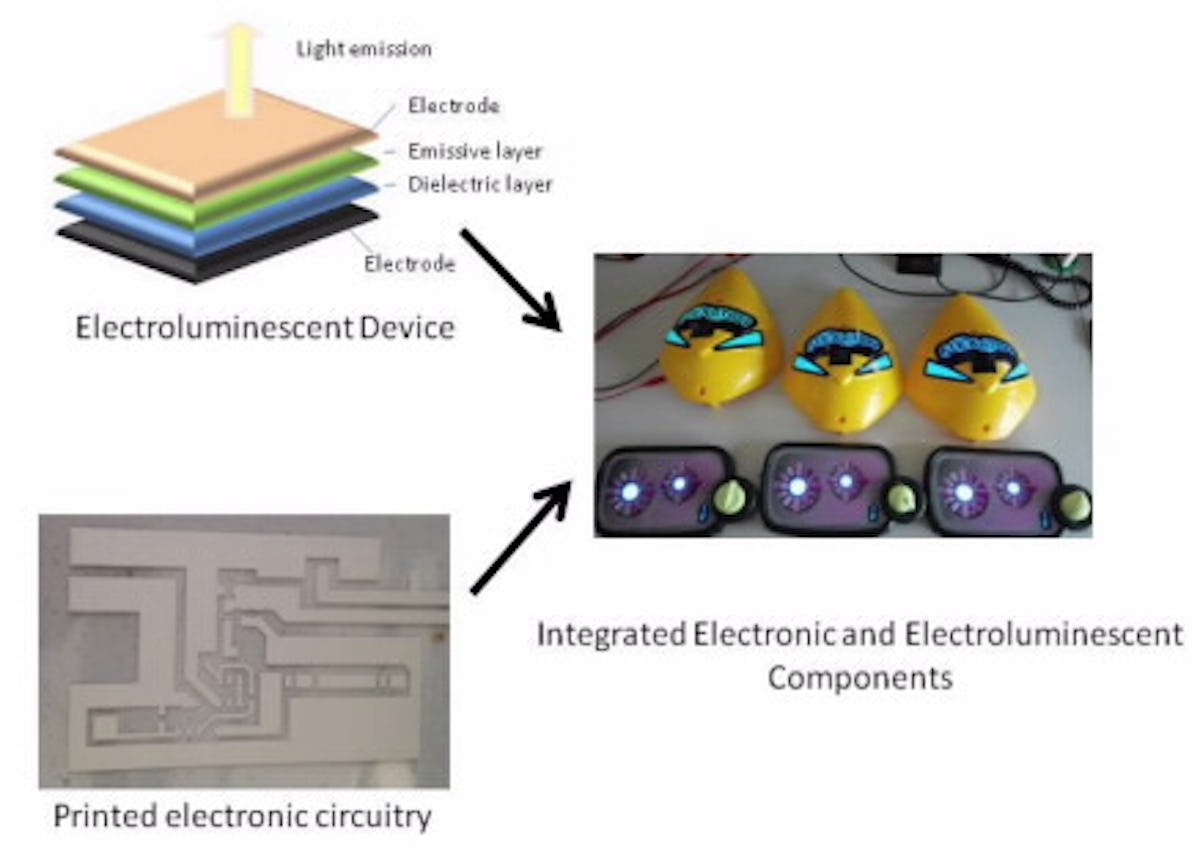 Figure 1. Schematic approach to the Flex-e-toy project and the final prototypes.
The Flex-e-toy consortium is formed by complementary partners Eurecat, who designs and prints the devices, Autoadhesivos Z&R S.A. providing plastic substrates and its knowledge in adhesives and AIJU, a technological centre focused on children's products. With a budget of € 981,687 provided by the Spanish Ministerio de Economía y Competitividad through the program INNPACTO (IPT-2012-0910-02), the project began in 2013 and will finish at the end of 2015.
The toys selected for the project were a play kitchen and a ride-on toy. Playing is, for children, the means through which they enjoy and create. In addition, a necessary activity develops physical, mental, social and spiritual skills. It is considered a diverse social practice that involves the active total or partial reproduction of any phenomenon of life and beyond the actual practical situation. When the child reaches preschool age (from three years) playing will be different for them; they will not only interact with toys, but start using substitutes and imaginary objects and feeling the need to imitate adults; therefore, it is at this stage that role playing games are a particular form of activity for children. They resolve contradictions beyond their age: they are like adults and do what they do. Role play also contributes to the integral development of the child because through this, children develop the imagination, language, independence, personality, will, thought, etc. They communicate with their surroundings, satisfying their desire to socialise together with adults, know the world around them; it is a means to educate interest in further work.
On the other side, young children have a compelling need to be moving most of the day. Games to develop balance, fitness and coordination are very important not only by how much fun they have, but because they also help to release energy, eliminate stress, exercise their muscles and strengthen their bones.
For these reasons, the consortium selected toys for role playing and moving. Two kinds of electroluminescent adhesive tapes were designed to be included in the toys: headlights in the ride-on and a worktop in the play kitchen (Figure 2 and 3). 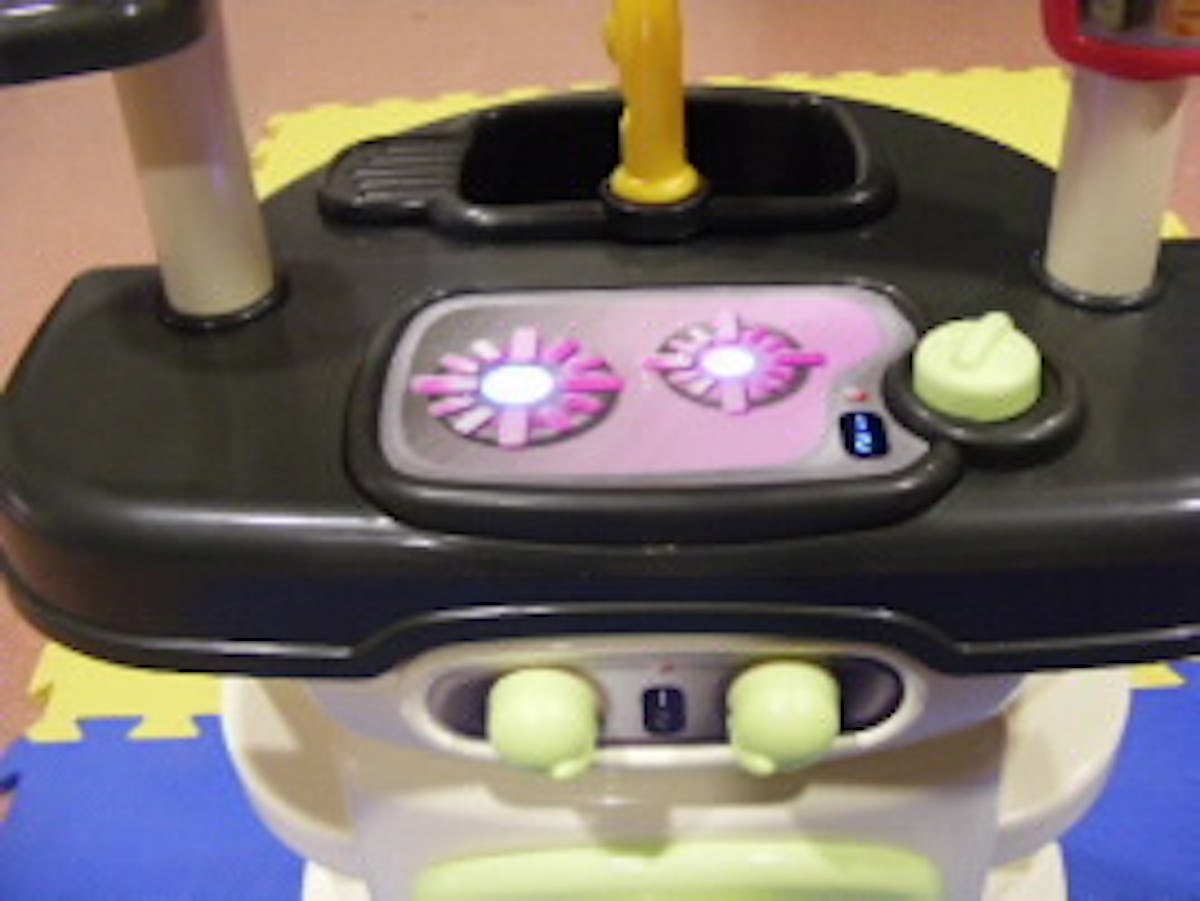 Figure 2. Play kitchen with the integration of flexible electroluminescent devices. 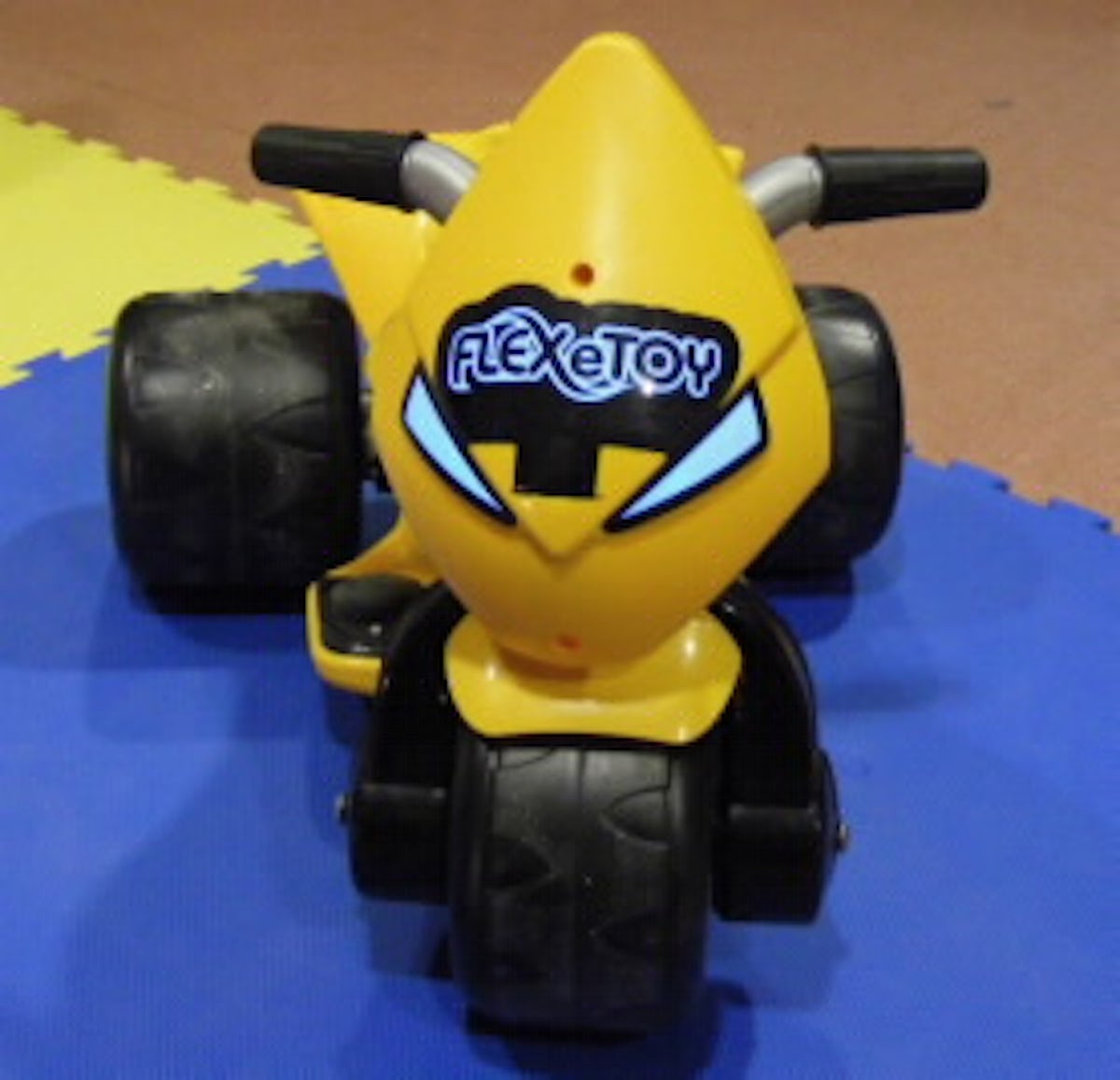 /Figure 3. Ride-on toy with the integration of flexible electroluminescent devices.~
The prototype parts with EL adhesive tapes devices were inserted in the final toys (Figure 4), and tested according to the standards on safety of toys. These were the results: 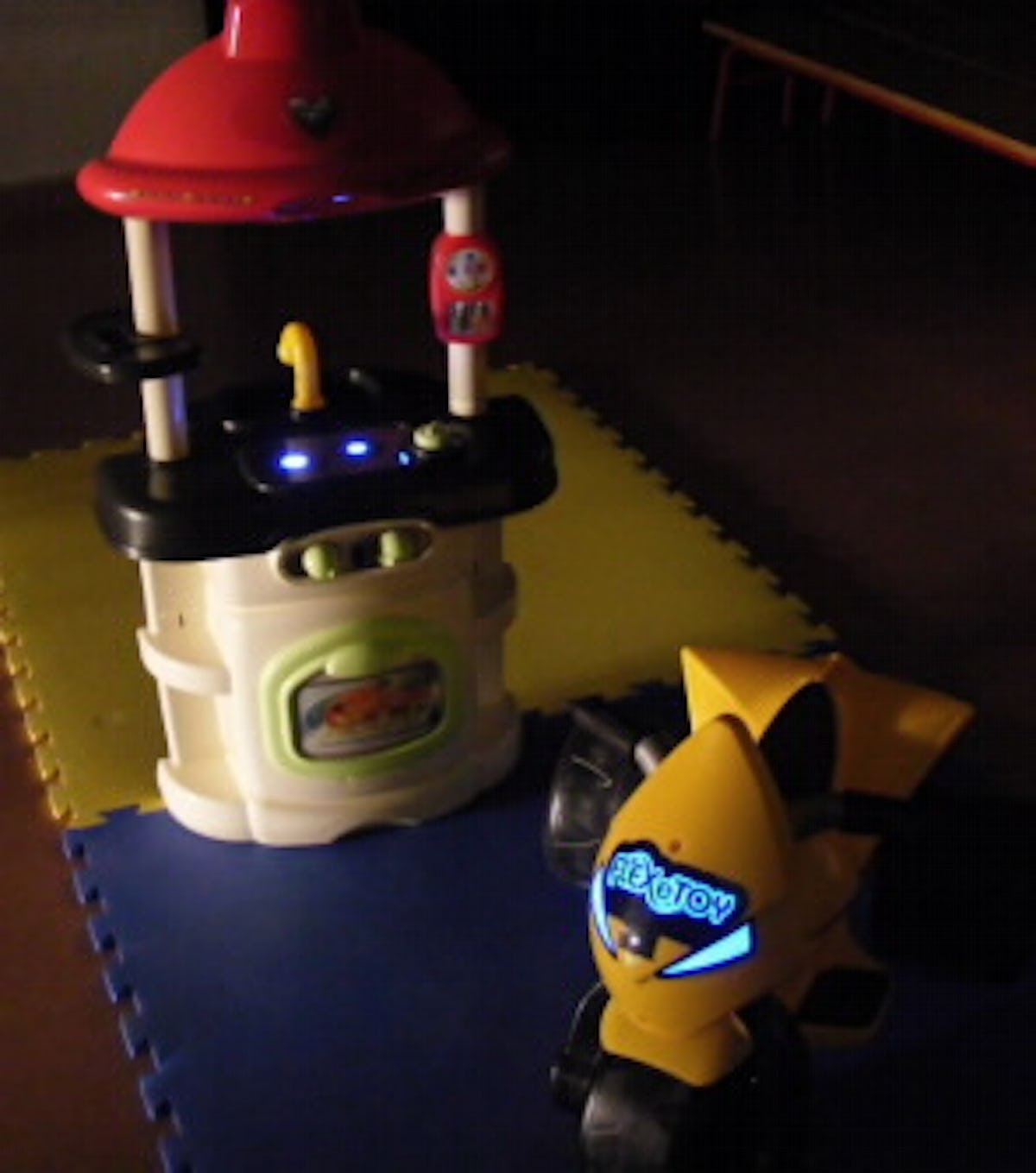 Figure 4. Toys with developed electroluminescent adhesive tapes.
Finally, the toys were tested in AIJU with end-users: both children (16) and parents (16). Children from 3 to 5 years old were used for the validation of the play kitchen and children from 15 to 36 months for the ride-on toy. The parents of those children were also interviewed in order to obtain information of their impressions regarding the electroluminescent devices in the toys.
In the case of the ride-on toy, see Figure 5, children do not appreciate the EL headlights due mainly to their short age and that when they are riding the toy, they do not see the headlights.
However, the fact of incorporating EL lights is valued by parents. Some believe that the lighting system is very original as it is intense even with external lights switched on. The fact of being an EL adhesive tape is also valued positively because they feel safer and more practical than including a plastic housing or bulb, which can break and expose the electrical system. 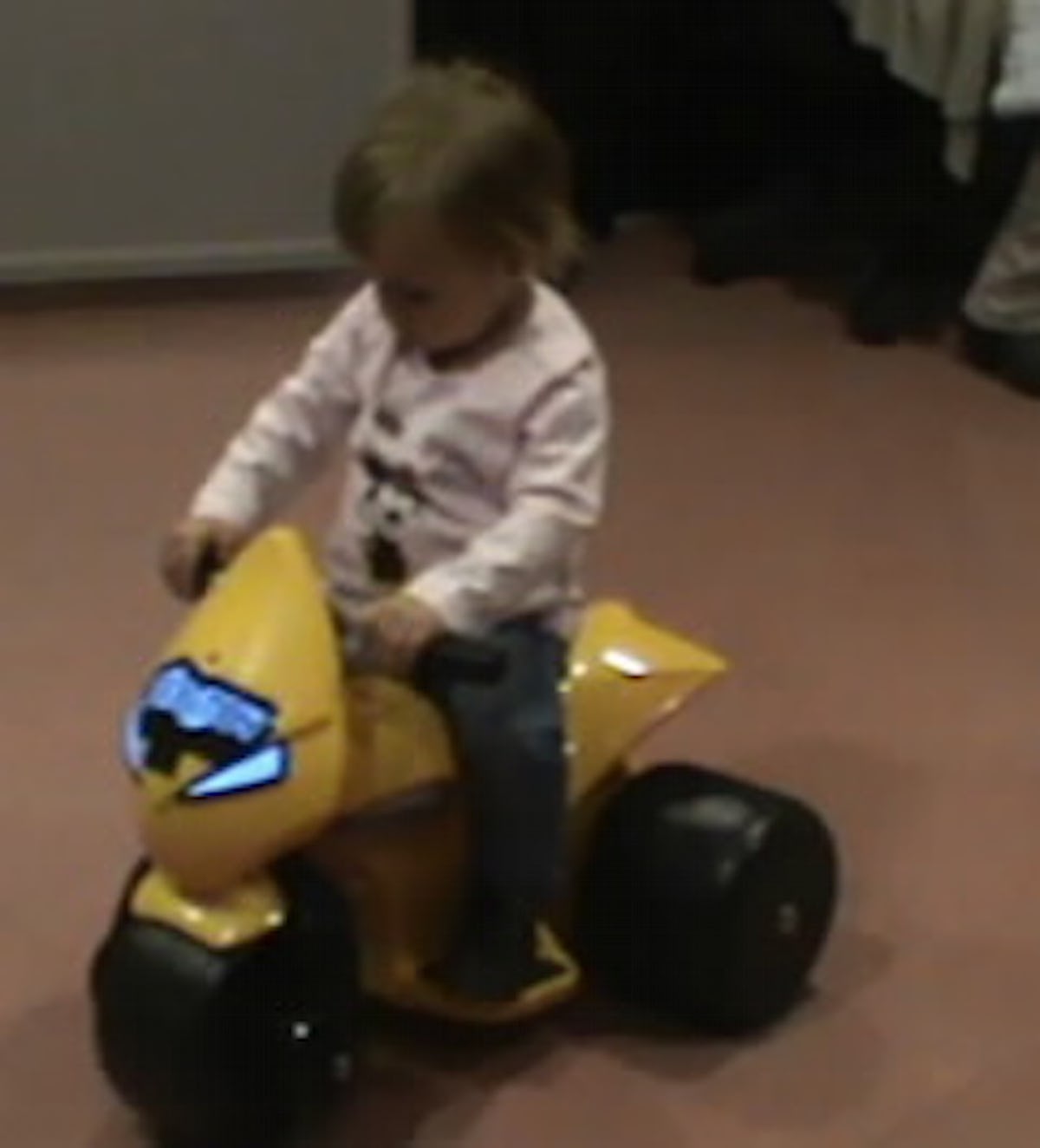 Figure 5. Testing the ride-on toy.
In the case of the toy play kitchen, the addition of lights to simulate fire in the kitchen is very attractive to children, see Figure 6, as they can include an on and off cooker in their games. Parents emphasise the power of light in the kitchen stove. Moreover, even all of them wish more light elements such as lights in the oven. 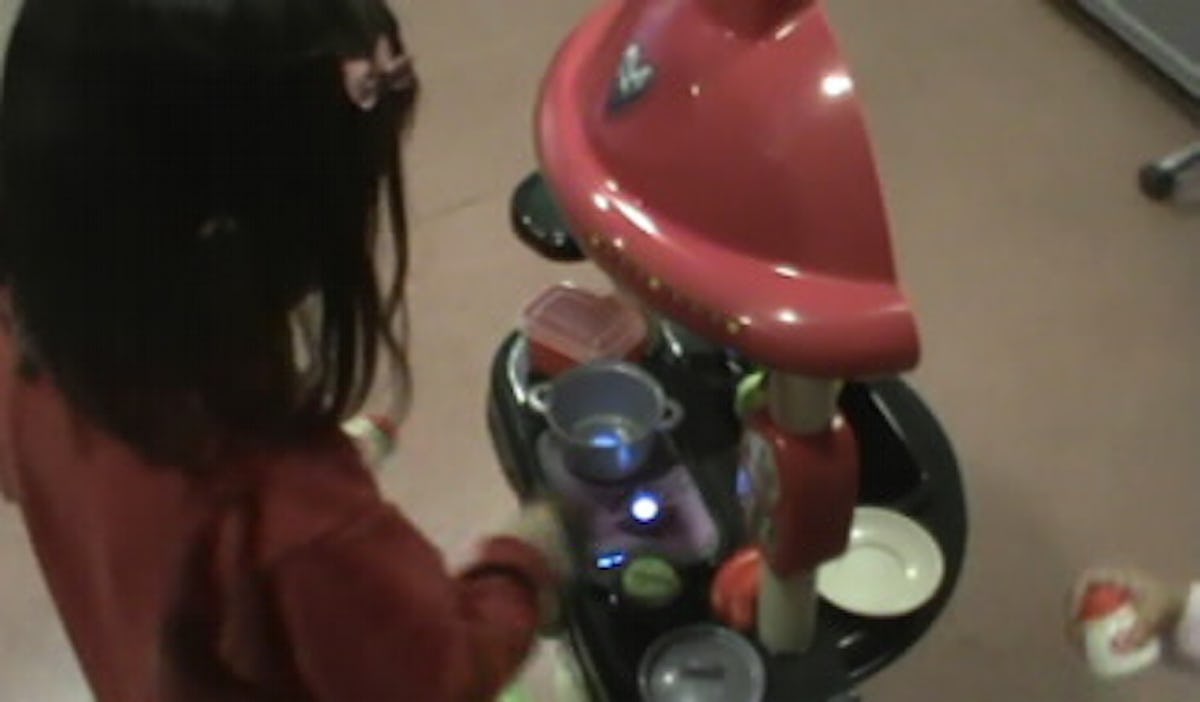 Figure 6. A child plays with the kitchen.
Conclusions
The insertion of flexible and printed electronic devices such as electroluminescent elements in toy items will enhance their ability to interact with children and/or end users and allow manufacturers to insert custom features at an affordable cost, which, in turn, will increase the child's affection towards the product. In economic terms, for manufacturers of toys and other child-oriented products, these devices may be considered modern articles that would improve their competitiveness and sustainability in the medium term, while providing new tools for added appeal. In turn, the industry of graphic arts and electronics involved in the project will benefit from the development of printing electronics. Printing of electronic components on a flexible substrate will open new areas of application compared to conventional electronics.
Acknowledgements
The consortium thanks Fábrica de Juguetes, S.L.U and INJUSA for supplying the toys and the Ministry of Industry and Economy for the support of Flex-e-Toy project ref. IPT-2012-0910-020000. Funded by the Ministry of Economy and Competitiveness.