Finding the 'Magic' That Powers the Brain Using a Giant Supercomputer 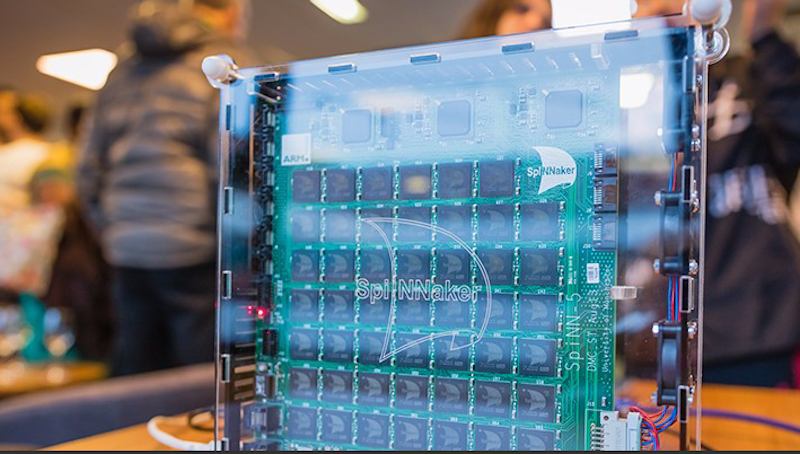 After building a unique supercomputer to model parts of the brain, its creator Professor Steve Furber, says we're still a long way from fully understanding the complex mysteries of the human mind.
Professor Furber, based at The University of Manchester, is leading one the world's most ambitious neuromorphic computer projects - and his ambitious study could, one day, mean new medicines to repair brain dysfunction are possible.
However, he adds, that those working on brain exploration are not sure if any modelling based on classical scientific principles, no matter how sophisticated, will ever properly recreate human consciousness - because a biological 'magic' may be the missing ingredient. Intriguingly, the process of using next generation AI-tools to give robots greater brain-like functionality is developing at pace.
Professor Furber and his team at The University of Manchester recently achieved early breakthroughs from the SpiNNaker (Spiking Neural Network Architecture), a supercomputer developed for brain modelling.
The SpiNNaker group has created a real-time cortical microcircuit model and other cerebellum models using the giant device based on campus, and is part of the EU-funded Human Brain Project. The cortex is responsible for many higher-level brain functions such as memory recall and natural language, as well as acting as host to sensory and motor areas. Professor Furber says that despite significant breakthroughs already achieved by SpiNNaker - built from a million processors - more patience is needed. This, in fact, is just the beginning of the journey.
He shares: "We do not fully understand the function of the basic cortical microcircuit even though we can now model it and those models reproduce biologically verifiable data. What we now need is theories of what the circuit is doing, and how it does it, that we can use the models to test."
With such theories in place it might then be possible to construct models of brain subsystems and to explore, for example, what structural disturbances may be behind various forms of brain malfunction. "Then perhaps we could see what pharmacological interventions might help to restore 'normal' brain function," he continues."There is still room for philosophical debate as to whether or not such a Newtonian model (ie classic rules of science based on rational and understandable laws) is sufficient to explain higher brain functions - for example, would a sufficiently accurate and detailed model of the cortex itself become conscious? Or, must some other biological 'magic' be invoked to explain the mysteries of consciousness. We don't know."
In parallel to scientists exploring the labyrinthine mysteries of the human mind, other pioneers at The University of Manchester, such as Professor of AI Sami Kaski, are looking to further develop artificial intelligence for autonomous systems and robots.
Professor Furber reflected on the crossover from his research with this work: "Could we use an understanding of the cortical microcircuit to endow robots with greater awareness of their environments and a greater ability to interact with that environment? I think that is very likely - and on a shorter timescale than the higher level mysteries!"
For further information on artificial intelligence research and for a full list of market research reports from IDTechEx, please visit www.IDTechEx.com