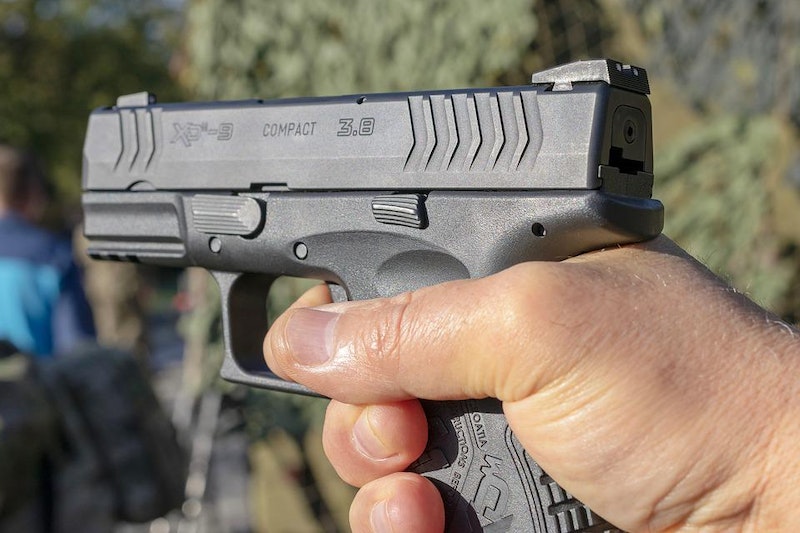 A new study from the Violence Prevention Research Program (VPRP) at UC Davis suggests machine learning, a type of artificial intelligence, may help identify handgun purchasers who are at high risk of suicide. It also identified individual and community characteristics that are predictive of firearm suicide. The study was published in JAMA Network Open.
Previous research has shown the risk of suicide is particularly high immediately after purchase, suggesting that acquisition itself is an indicator of elevated suicide risk.
Risk factors identified by the algorithm to be predictive of firearm suicide included:
"While limiting access to firearms among individuals at increased risk for suicide presents a critical opportunity to save lives, accurately identifying those at risk remains a key challenge. Our results suggest the potential utility of handgun records in identifying high-risk individuals to aid suicide prevention," said Hannah S. Laqueur, an assistant professor in the Department of Emergency Medicine and lead author of the study.
In 2020, almost 48,000 Americans died by suicide, of which more than 24,000 were firearm suicides. Firearms are by far the most lethal method of suicide. Access to firearms has been identified as a major risk factor for suicide and is a potential focus for suicide prevention.
To see if an algorithm could identify gun purchasers at risk of firearm suicide, the researchers looked at data from almost five million firearm transactions from the California Dealer Record of Sale database (DROS). The records, which spanned from 1996 to 2015, represented almost two million individuals. They also looked at firearm suicide data from California death records between 1996 and 2016. The team generated 41 predictor variables from the transaction data. Among other data points, the researchers looked at handgun categories (such as a revolver or semiautomatic pistol), caliber size, price, where the gun was purchased, the buyer's previous gun purchases, gun purchases, gender, race and ethnicity, and age.
The researchers ran a random forest classification algorithm — which can generate predictions on a wide range of data. They used the transaction-level data to predict firearm suicide within one year of purchase. Among the top 5% of transactions identified as the most risky, close to 40%, or 379 of 983, were associated with a purchaser who died by firearm suicide within one year. Among the very small number of transactions with a random forest score or predicted probability of 0.95 and above, 69%, or 24 of 35, were affiliated with a purchaser who died by firearm suicide within one year.
"Research has established a clear and strong association between firearm acquisition and ownership and firearm suicide risk, but this study contributes to the growing evidence that computational methods can aid in the identification of high-risk groups and the development of targeted interventions," Laqueur said.
The researchers caution that the first-of-its-kind study was largely "proof of concept." Still, the results suggest the potential of utilizing handgun records in identifying high-risk individuals to aid suicide prevention. They also noted that many firearm suicides occurred among individuals classified as "low-risk," so other forms of intervention would be necessary to prevent firearm suicide in this group.
For further information on artificial intelligence research and for a full list of market research reports from IDTechEx, please visit www.IDTechEx.com