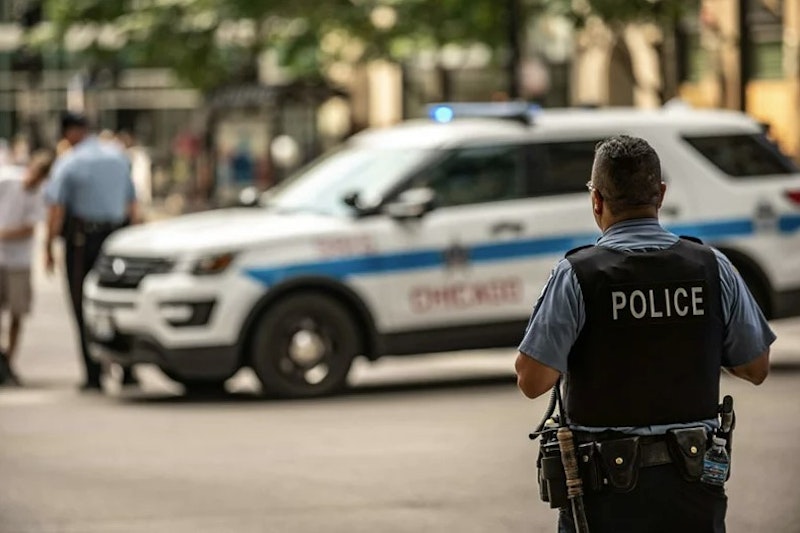 Advances in machine learning and artificial intelligence have sparked interest from governments that would like to use these tools for predictive policing to deter crime. Early efforts at crime prediction have been controversial, however, because they do not account for systemic biases in police enforcement and its complex relationship with crime and society.
Data and social scientists from the University of Chicago have developed a new algorithm that forecasts crime by learning patterns in time and geographic locations from public data on violent and property crimes. The model can predict future crimes one week in advance with about 90% accuracy.
In a separate model, the research team also studied the police response to crime by analyzing the number of arrests following incidents and comparing those rates among neighborhoods with different socioeconomic status. They saw that crime in wealthier areas resulted in more arrests, while arrests in disadvantaged neighborhoods dropped. Crime in poor neighborhoods didn't lead to more arrests, however, suggesting bias in police response and enforcement.
"What we're seeing is that when you stress the system, it requires more resources to arrest more people in response to crime in a wealthy area and draws police resources away from lower socioeconomic status areas," said Ishanu Chattopadhyay, PhD, Assistant Professor of Medicine at UChicago and senior author of the new study, which was published this week in Nature Human Behaviour.
The tool was tested and validated using historical data from the City of Chicago around two broad categories of reported events: violent crimes (homicides, assaults, and batteries) and property crimes (burglaries, thefts, and motor vehicle thefts). These data were used because they were most likely to be reported to police in urban areas where there is historical distrust and lack of cooperation with law enforcement. Such crimes are also less prone to enforcement bias, as is the case with drug crimes, traffic stops, and other misdemeanor infractions.
Previous efforts at crime prediction often use an epidemic or seismic approach, where crime is depicted as emerging in "hotspots" that spread to surrounding areas. These tools miss out on the complex social environment of cities, however, and don't consider the relationship between crime and the effects of police enforcement.
"Spatial models ignore the natural topology of the city," said sociologist and co-author James Evans, PhD, Max Palevsky Professor at UChicago and the Santa Fe Institute. "Transportation networks respect streets, walkways, train and bus lines. Communication networks respect areas of similar socio-economic background. Our model enables discovery of these connections."
The new model isolates crime by looking at the time and spatial coordinates of discrete events and detecting patterns to predict future events. It divides the city into spatial tiles roughly 1,000 feet across and predicts crime within these areas instead of relying on traditional neighborhood or political boundaries, which are also subject to bias. The model performed just as well with data from seven other U.S. cities: Atlanta, Austin, Detroit, Los Angeles, Philadelphia, Portland, and San Francisco.
"We demonstrate the importance of discovering city-specific patterns for the prediction of reported crime, which generates a fresh view on neighborhoods in the city, allows us to ask novel questions, and lets us evaluate police action in new ways," Evans said.
Chattopadhyay is careful to note that the tool's accuracy does not mean that it should be used to direct law enforcement, with police departments using it to swarm neighborhoods proactively to prevent crime. Instead, it should be added to a toolbox of urban policies and policing strategies to address crime.
"We created a digital twin of urban environments. If you feed it data from happened in the past, it will tell you what's going to happen in future. It's not magical, there are limitations, but we validated it and it works really well," Chattopadhyay said. "Now you can use this as a simulation tool to see what happens if crime goes up in one area of the city, or there is increased enforcement in another area. If you apply all these different variables, you can see how the systems evolves in response."
For further information on artificial intelligence research and for a full list of market research reports from IDTechEx, please visit www.IDTechEx.com