'Ugly' Reef Fishes Are Most in Need of Conservation Support 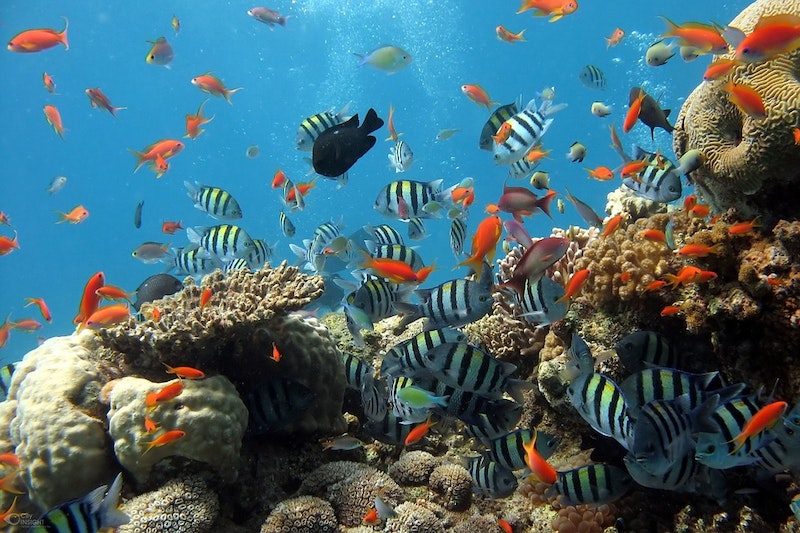 What's the relationship between people's perception of beauty and animals' conservation needs? According to a machine-learning study by Nicolas Mouquet at the University of Montpellier, France, and colleagues, publishing June 7thin the open-access journal PLOS Biology, the reef fishes that people find most beautiful tend to be the lowest priority for conservation support.
The researchers asked 13,000 members of the public to rate the aesthetic attractiveness of 481 photographs of ray-finned reef fishes in an online survey and used this data to train a convolutional neural network. They then used the trained neural network to generate predictions for additional 4,400 photographs featuring 2,417 of the most encountered reef fish species.
Combining the public's ratings with the neural network's predictions, they found that bright, colorful fish species with rounder bodies tended to be rated as the most beautiful. However, the species that were ranked as more attractive tended to be less distinctive in terms of their ecological traits and evolutionary history. Furthermore, species listed on the IUCN Red List as "Threatened" or whose conservation status has not yet been evaluated had lower aesthetic value on average than species categorized as "Least Concern." Unattractive species were also of greater commercial interest, whereas aesthetic value was not correlated with a species' importance for subsistence fisheries.
Our innate preferences for shape and color are probably a consequence of the way the human brain processes colors and patterns, the authors say, but mismatches between aesthetic value, ecological function, and extinction vulnerability may mean that the species most in need of public support are the least likely to receive it. The ecological and evolutionary distinctiveness of unattractive fishes makes them important for the functioning of the whole reef, and their loss could have a disproportionate impact on these high-biodiversity ecosystems.
Mouquet adds, "Our study provides, for the first time, the aesthetic value of 2,417 reef fish species. We found that less beautiful fishes are the most ecologically and evolutionary distinct species and those recognized as threatened. Our study highlights likely important mismatches between potential public support for conservation and the species most in need of this support."
Source: PLOS
Top image: Pixabay

Will Tesla's Humanoid Robot "Optimus" Really Be Able to Serve People?
Upcoming Webinar: Is the DNA Sequencing Market Set for a Revolution?
Autonomous and Electric Vehicles
Guinness World Record for Fastest 100 Metres by a Bipedal Robot