Who Is Winning at 6G? 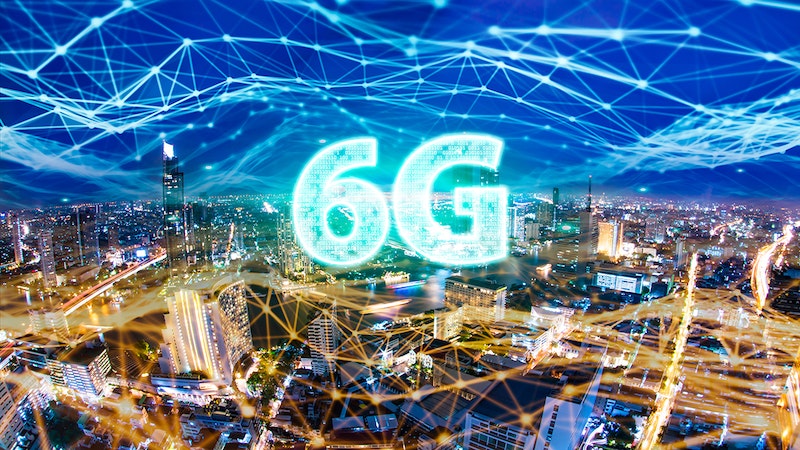 Several billion dollars have been put on the table for 6G Communication so far. The IDTechEx report "6G Communications Market, Devices, Materials 2021-2041" reveals how Europe, North America, and East Asia are all strongly committed to this dream. So who is ahead in the race to mass deployment maybe in 2030?

In 5G, Samsung has more than ten times the patents than the next ten patentors combined. About one-hundredth of the patents have been filed on 6G vs 5G with Huawei of China in the lead. With 6G, sensors are center stage, the world's sensor patents being dominated by Japan, South Korea then Germany. However, analysts at IDTechEx caution that this simply reflects China's preference for patent systems rather than components. The IDTechEx report "Sensors 2021-2041" analyzes by patents, application, technology, and operating principle with forecasts.

Giant companies are seen to participate and even collaborate on 6G more in East Asia and China. One example is Qualcomm, Apple, Google, and LG among the members of one 6G working group. China has a satellite deployed exclusively for 6G research and a robust government policy of leapfrogging in the adoption of new technology and creating huge companies to do it. Europe, IDTechEx finds that Ericsson is strongly patenting 6G and Robert Bosch strongly patents sensors in general but there is a danger that Europeans will be under-protected in the next wave of these technologies. Europe has few telecommunications hardware giants to tackle 6G but it has large telecommunications operators.

Europe has a place

From the outset, 6G will be both human- and machine-centric. In fact, personal devices may not dominate 6G. Europeans remember what happened to Nokia Finland and much of the formidable European Union 6G research funding is now managed from Finland as part of an attempted comeback with 6G systems. In mid-2021, the 5G Infrastructure Association published a "European Vision for the 6G Network Ecosystem". The Europeans are way ahead in practicing collaboration between multiple countries on future technology.
A pioneering center is being launched in the UK to take mobile technology to the next level and put the country at the global forefront of 6G research, innovation, and education. The new virtual hub, called 6G Futures, unites more than 400 world-renowned experts in telecommunications networks, cyber, Artificial Intelligence AI, digital humanities, social sciences, and arts from the University of Bristol and King's College London.

Even the frequency is undecided. The global International Telecommunications Union ITU may decide that in 2023, no formal work having begun. Taking 5G as a model, many other bodies will participate in about eight years of 6G standards writing. ETSI in Europe, which produces globally applicable standards for ICT, has launched a new Industry Specification Group on Reconfigurable Intelligent Surfaces RIS. Learn more in the IDTechEx report, "6G Communications Reconfigurable Intelligent Surfaces Roadmap, Materials, Market 2021-2045".
Vast areas of RIS must be placed on buildings, indoor walls, and elsewhere for 6G to work because the beams are so feeble at the higher frequencies essential for vastly better data transfer and response, they only go in a straight line and they are subject to weather. As yet it is unclear who is winning in this essential "relay of the future".

Elephants in the room

An elephant in the room with 6G is that it proliferates infrastructure when technology more usually progresses by eliminating infrastructure. It is proposed that later versions will even charge your phone while you use it and drive some devices with no power but that means considerable power consumption by the infrastructure unless something is done. To find out more, please see the IDTechEx report, "Battery Elimination in Electronics: Market Impact IoT, 6G, Healthcare, Wearables 2021-2041".
It sounds all very grand that 6G will harness the ability of trillions of connected machines to transfer sensory information as part of the communications experience, creating a whole new cyber-physical continuum. Researchers in the UK plan 6G virtual teleportation by sending seeing, hearing, touch, taste, smell. Your distant physician interacts as a hologram.
6G could make the Internet of Things meet its original objective not, as now, sit at one-hundredth of the promised volume, with few "things-collaborating with things". Think 6G IOT at billions of unrecoverable devices yearly the size of your hand. Hold on. Why is no one thinking about the resulting microplastic pollution? Working on biodegradable end devices? No one is in the lead on that.

6G RIS cannot affordably operate without metamaterials to limit their power consumption, size and cost and eliminate moving parts. Europe has seen the most metamaterial research but the USA now has most of the metamaterial manufacturers. See the IDTechEx report, "Metamaterial and Metasurface Markets Electromagnetic 2022-2042".
Raghu Das CEO of IDTechEx sums up, "Enabling 6G will be metamaterials many forms - passive, semi-active and active RIS, static sun-tracking photovoltaics, cooling of photovoltaics and thermoelectrics by just an overlayer, best base-station beam-steering antennas without moving parts. Semiconductor devices working at unprecedently high frequencies are needed in many forms. From published literature, China is not in the lead here. Application of artificial intelligence, edge computing, and new software is being pursued worldwide so robustly that there is a concern that the hardware is not keeping up. Bottom line? No one is winning in 6G. It is all to play for".
IDTechEx guides your strategic business decisions through its Research, Subscription and Consultancy products, helping you profit from emerging technologies. For more information, contact research@IDTechEx.com or visit www.IDTechEx.com.