Zoox's Autonomous Vehicles Tested on the Streets of Seattle 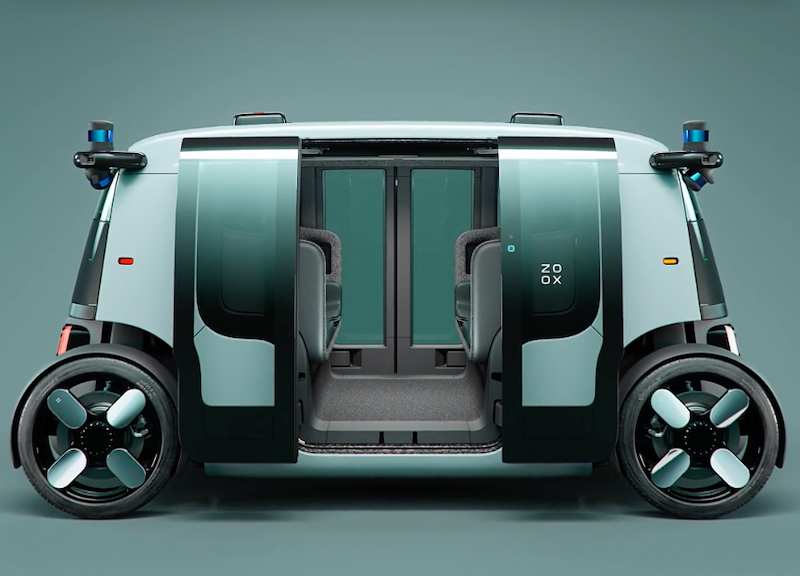 Zoox has been testing their autonomous L3 vehicles in Las Vegas and the San Francisco Bay Area for more than four years. That means they know a lot about how their hardware and software behave in those climates. But the company's goal isn't to change mobility in a few states: They want to reimagine transportation for the whole world. To do that, they have to prepare for unfamiliar roads and novel conditions. Enter the Seattle area.
Testing in a new city gives the vehicle and its artificial intelligence (AI) the chance to experience fresh challenges, including different weather and infrastructure, different by-laws, and a different driving culture. These challenges will help iterate hardware and software—ultimately broadening the capabilities of Zoox. Additionally, expanding will give the company the ability to create geofences and maps specific to the Seattle area. For further information see the IDTechEx report on Robot Shuttles for Smart Cities 2021-2041.
"We're excited to be testing in Seattle. The data we're gathering will be invaluable for the continued development of our AI stack," said Jesse Levinson, CTO and co-founder of Zoox.
The company is also planning to open an office in the Seattle area in 2022, to grow their base of operations and facilities. This will be Zoox's fourth base and testing site, following San Francisco, Las Vegas, and a headquarters in Foster City, California. That's the longer-term vision, but to start, Zoox will be deploying a small number of L3 vehicles to get the lay of the land. They'll kick off exploration of the area, assessing the complexity and demands of the Seattle area, so that the company can keep moving forward.
If you're in the Seattle area over the next few months, you might see some of the company's L3 vehicles on the road. These all-wheel drive Toyota Highlanders are outfitted with the latest software stack and will have a safety driver to take control if needed. Zoox is the only major autonomous vehicle company with the same sensor architecture in their L3 and L5 fleets, which means the data gathered in the Seattle area will be directly applicable to the company's whole fleet, including their purpose-built vehicle. So they can learn more from every mile on the road.
Zoox's vehicle sensors work together to build a picture of their vehicle's surroundings. Testing these sensors in varied conditions will highlight specific areas to help their systems evolve.
"A smooth sea never made a skilled sailor, and it's the exact same principle for our technology," said Kai Wang, director of prediction at Zoox. "The challenges of the Seattle area will let us hone our software stack and ultimately improve the behavior of our vehicles."
The data collected in the Seattle area is also crucial for the company's Calibration, Localization, and Mapping, Simultaneously (CLAMS) and Zoox Road Network (ZRN) teams, which will start creating a 3D map of the city and populating it with road features: bike lanes, speed limits, traffic lights, and so on. That means when L5 vehicles are eventually deployed in the city, they'll have a full working knowledge of their environment from day one.
Arriving in the Seattle area marks an exciting new step for Zoox. While Las Vegas and San Francisco are still the company's focus for launch, testing in another city will accelerate the pace of learning and iteration everywhere. The company will only launch Zoox when they're certain that the vehicle is meaningfully safer than human driving.
Source: Amazon
Top image: Zoox