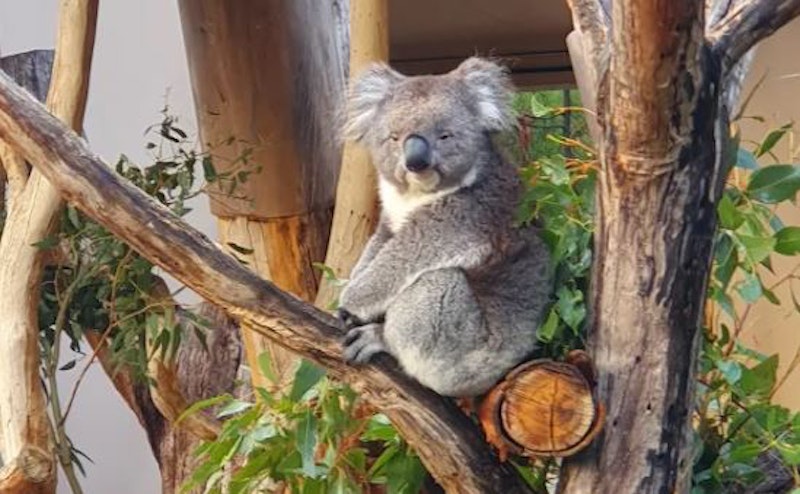 Once limited to science-fiction, drones and facial recognition technology are now being harnessed to help save Australia's koalas.
A Flinders University College of Science and Engineering research project with conservation charity Koala Life and the State Government is developing non-invasive koala monitoring techniques with drones and a special facial recognition software program to count, identify and re-identify koalas in wild populations. The project is a number of Flinders University ecology and conservation projects assisting local koala and other native animal populations, including as part of the Kangaroo Island and Adelaide Hills bushfire recovery.
"Koalas are declining in parts of Australia. And while in South Australia numbers are pretty good, the recent fires have reduced the numbers dramatically," says lead researcher Dr Diane Colombelli-Négrel. "We need to ensure that we are aware of the new numbers and how they are recovering post fires, so we can then work towards reducing impacts that affect their survival."
Minister for Environment and Water David Speirs says the cutting-edge technology will be part of ongoing studies of koala populations on Kangaroo Island and the Adelaide Mount Lofty Ranges - and later elsewhere - to get a better understanding of both their numbers and their movements.
"Traditionally, monitoring koala populations has involved capturing and individually marking koalas, a process that is both labour-intensive and poses potential welfare issues," Mr Speirs says. "The ability to recognise individual members of a species in the wild will help to grow an understanding of individual movements as well as population estimates, and this understanding will allow the development of meaningful management strategies. The State Government is proud to partner with Flinders University to deliver this innovative and important research project."
To test the methodology, Flinders University researcher Dr Diane Colombelli-Négrel says captive koala behaviour and physiology at Cleland Wildlife Park in the Adelaide Hills is being monitored to assess whether the animals show any signs of stress to the drones.
"Drone use in animal research is used a lot across Australia, especially in Queensland to monitor koalas. Until now, potential behaviour and physiological impacts haven't been extensively researched so we are one of the few groups investigating this," Dr Colombelli-Négrel says. "Through this research, we'll be able to determine if this method really is low impact on koalas and whether it is suitable to use over the long-term into the future." For further information see the IDTechEx report on Drone Market and Industries 2021-2041.
Dr Colombelli-Négrel hopes to share her results with other researchers to encourage greater application of artificial intelligence to identify animals in the wild.
Professor Chris Daniels, Presiding Member of Koala Life, says the Cleland koalas will play a key role in both to develop the software and testing koala response to drone monitoring. "The koala facial recognition and drone surveillance research aligns perfectly with Koala Life research priorities and we are proud to support survival science applications," he says.
Other Flinders University researchers are currently working with the Kangaroo Island Wildlife Park to raise and rehabilitate koalas caught by the 2019-20 Black Summer bushfires when up to 80% of the island's koala population was destroyed. Flinders University Professor of Biodiversity and Conservation Karen Burke da Silva, who is also leading a new Citizen Science 'Passport to Recovery' conservation program this summer (2021-22), says surviving koalas were captured, tagged and fitted with radio collars - with further monitoring of the koalas once released.
"Under the new Citizen Science project, we will invite visitors to locate the koalas in order to collect poo samples which we can analyse for retrovirus. These koalas on KI are very disease free compared to all the mainland populations and we want to keep it that way by monitoring disease outbreaks to facilitate early treatment," Professor Da Silva says.
Further research is also planned on genetic testing to identify any problems arising from in-breeding within small koala populations.
Source and top image: Flinders University