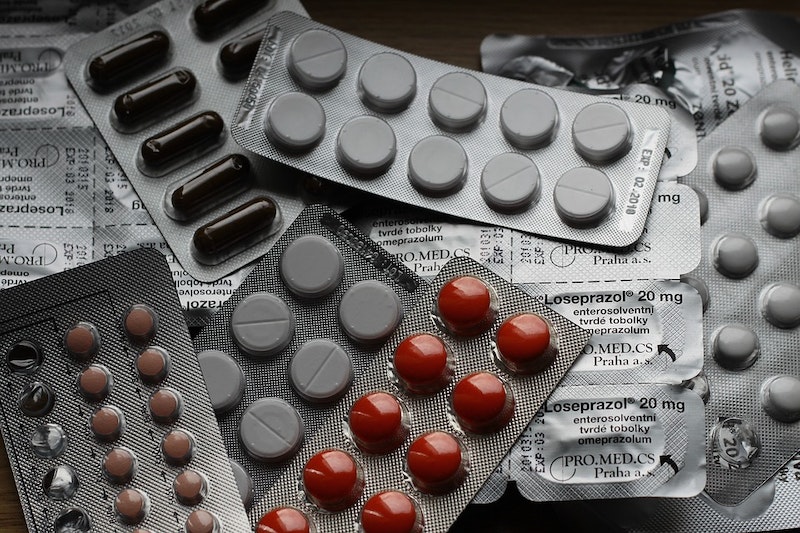 Writing in Nature Communications, researchers at University of California San Diego School of Medicine describe a new approach that uses machine learning to hunt for disease targets and then predicts whether a drug is likely to receive FDA approval. The study findings could measurably change how researchers sift through big data to find meaningful information with significant benefit to patients, the pharmaceutical industry and the nation's health care systems.
"Academic labs and pharmaceutical and?biotech companies?have access to unlimited amounts of 'big data' and better tools than ever to analyze such data. However, despite these incredible advances in technology, the success rates in drug discovery are lower today than in the 1970s," said Pradipta Ghosh, MD, senior author of the study and professor in the departments of Medicine and Cellular and Molecular Medicine at UC San Diego School of Medicine. "This is mostly because drugs that work perfectly in preclinical inbred models, such as laboratory mice, that are genetically or otherwise identical to each other, don't translate to patients in the clinic, where each individual and their disease is unique. It is this variability in the clinic that is believed to be the Achilles heel for any drug discovery program."
In the new study, Ghosh and colleagues replaced the first and last steps in preclinical drug discovery with two novel approaches developed within the UC San Diego Institute for Network Medicine (iNetMed), which unites several research disciplines to develop new solutions to advance life sciences and technology and enhance human health. For further information see the IDTechEx report on AI in Drug Discovery 2021: Players, Technologies, and Applications.
The researchers used the disease model for inflammatory bowel disease (IBD), which is a complex, multifaceted, relapsing autoimmune disorder characterized by inflammation of the gut lining. Because it impacts all ages and reduces the quality of life in patients, IBD is a priority disease area for drug discovery and is a challenging condition to treat because no two patients behave similarly.
The first step, called target identification, used an artificial intelligence (AI) methodology developed by The Center for Precision Computational System?Network?(PreCSN), the computational arm of iNetMed. The AI approach helps model a disease using a map of successive changes in gene expression at the onset and during the progression of the disease. What sets this mapping apart from other existing models is the use of mathematical precision to recognize and extract all possible fundamental rules of gene expression patterns, many of which are overlooked by current methodologies.
The underlying algorithms ensure that the identified gene expression patterns are 'invariant' regardless of different disease cohorts. In other words, PreCSN builds a map that extracts information that applies to all IBD patients.
"In head-to-head comparisons, we demonstrated the superiority of this approach over existing methodologies to accurately predict 'winners' and 'losers' in clinical trials," said Ghosh.
The last step, called target validation in preclinical models, was conducted in a first-of-its-kind Phase '0' clinical trial using a living biobank of organoids created from IBD patients at?The?HUMANOID Center of Research Excellence?(CoRE), the translational arm of iNetMed. The Phase '0' approach involves testing the efficacy of the drugs identified using the AI model on human disease organoid models--cultured human cells in a 3D environment that mimic diseases outside of the body. In this case, an IBD-afflicted gut-in-a-dish.
"The 'phase 0' trial concept was developed because most drugs fail somewhere between phases I and III. Before proceeding to patients in the clinic, 'phase 0' tests efficacy in the human disease models, where ineffective compounds can be rejected early in the process, saving millions of dollars," said Soumita Das, PhD, co-senior author of the study, director of the HUMANOID center and an associate professor in the Department of Pathology at UC San Diego School of Medicine.
Biopsy tissues for the study were taken during colonoscopy procedures involving IBD patients. Those biopsies were used as the source of stem cells to grow organoids.
"There were two major surprises. First, we saw that despite being away from the immune cells in the gut wall and the trillions of microbes that are in the gut lining, these organoids from IBD patients showed the tell-tale features of a leaky gut with broken cell borders," said Das. "Second, the drug identified by the AI model not only repaired the broken barriers, but also protected them against the onslaught of pathogenic bacteria that we added to the gut model. These findings imply that the drug could work in both acute flares as well as for maintenance therapy for preventing such flares."
The researchers found the computational approach had a surprisingly high level of accuracy across diverse cohorts of IBD patients, and together with the Phase '0' approach, they developed a first-in-class therapy to restore and protect the leaky gut barrier in IBD.
"Our study shows how the likelihood of success in phase III clinical trials, for any target, can be determined with mathematical precision," said Debashis Sahoo, PhD, co-senior author of the study who leads PreCSN and is associate professor in the departments of Pediatrics and Computer Science at UC San Diego School of Medicine and UC San Diego.
"Our approach could provide the predictive horsepower that will help us understand how diseases progress, assess a drug's potential benefits and strategize how to use a combination of therapies when current treatment is failing," Sahoo said.
The authors said next steps include testing if the drug that passed the human phase '0' trial in a dish can pass phase III trials in clinic; and whether the same methodologies can be used with other diseases, ranging from diverse types of cancers and Alzheimer's disease to non-alcoholic fatty liver disease.
"Our blueprint has the potential to shatter status quo and deliver better drugs for chronic diseases that have yet to have good therapeutic solutions," said Ghosh.
Source: University of California San Diego
Top image: Pixabay