Machine Learning Can Reduce Worry About Nanoparticles In Food 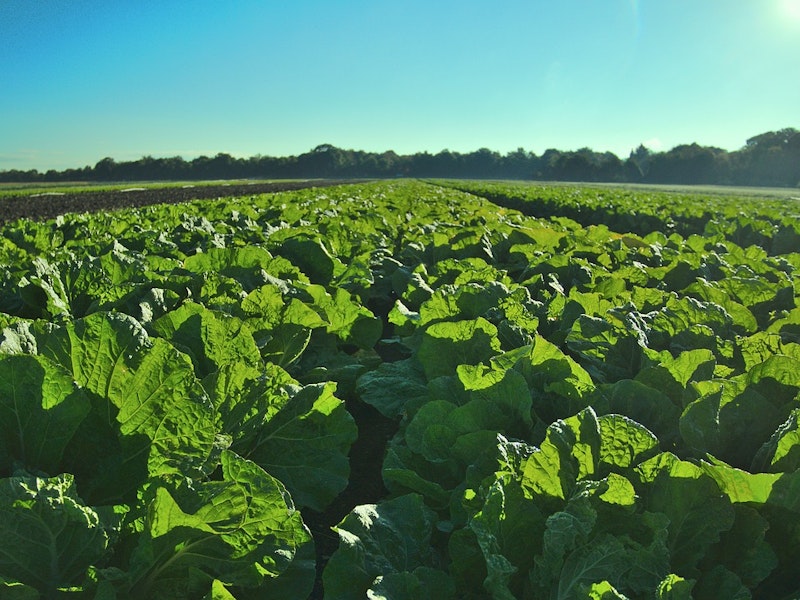 While crop yield has achieved a substantial boost from nanotechnology in recent years, alarms over the health risks posed by nanoparticles within fresh produce and grains have also increased. In particular, nanoparticles entering the soil through irrigation, fertilizers and other sources have raised concerns about whether plants absorb these minute particles enough to cause toxicity.
In a new study published online in the journal Environmental Science and Technology, researchers at Texas A&M University have used machine learning to evaluate the salient properties of metallic nanoparticles that make them more susceptible for plant uptake. The researchers said their algorithm could indicate how much plants accumulate nanoparticles in their roots and shoots.
Nanoparticles are a burgeoning trend in several fields, including medicine, consumer products and agriculture. Depending on the type of nanoparticle, some have favorable surface properties, charge and magnetism, among other features. These qualities make them ideal for a number of applications. For example, in agriculture, nanoparticles may be used as antimicrobials to protect plants from pathogens. Alternatively, they can be used to bind to fertilizers or insecticides and then programmed for slow release to increase plant absorption. For further information see the IDTechEx report on Smart Cities Market 2021-2041: Energy, Food, Water, Materials, Transportation Forecasts.
These agricultural practices and others, like irrigation, can cause nanoparticles to accumulate in the soil. However, with the different types of nanoparticles that could exist in the ground and a staggeringly large number of terrestrial plant species, including food crops, it is not clearly known if certain properties of nanoparticles make them more likely to be absorbed by some plant species than others.
"As you can imagine, if we have to test the presence of each nanoparticle for every plant species, it is a huge number of experiments, which is very time-consuming and expensive," said Xingmao "Samuel" Ma, associate professor in the Zachry Department of Civil and Environmental Engineering. "To give you an idea, silver nanoparticles alone can have hundreds of different sizes, shapes and surface coatings, and so, experimentally testing each one, even for a single plant species, is impractical."
Instead, for their study, the researchers chose two different machine learning algorithms, an artificial neural network and gene-expression programming. They first trained these algorithms on a database created from past research on different metallic nanoparticles and the specific plants in which they accumulated. In particular, their database contained the size, shape and other characteristics of different nanoparticles, along with information on how much of these particles were absorbed from soil or nutrient-enriched water into the plant body.
Once trained, their machine learning algorithms could correctly predict the likelihood of a given metallic nanoparticle to accumulate in a plant species. Also, their algorithms revealed that when plants are in a nutrient-enriched or hydroponic solution, the chemical makeup of the metallic nanoparticle determines the propensity of accumulation in the roots and shoots. But if plants are grown in soil, the contents of organic matter and the clay in soil are key to nanoparticle uptake.
Ma said that while the machine learning algorithms could make predictions for most food crops and terrestrial plants, they might not yet be ready for aquatic plants. He also noted that the next step in his research would be to investigate if the machine learning algorithms could predict nanoparticle uptake from leaves rather than through the roots.
"It is quite understandable that people are concerned about the presence of nanoparticles in their fruits, vegetables and grains," said Ma. "But instead of not using nanotechnology altogether, we would like farmers to reap the many benefits provided by this technology but avoid the potential food safety concerns."
Source: Texas A&M University
Top image: Pixabay