IBM Uses AI to Speed up Antibiotic Design, and it Works 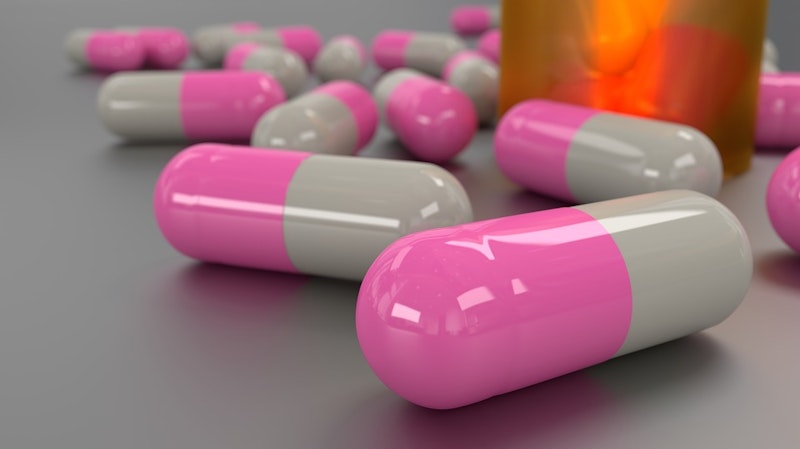 Antibiotic resistance is no joke. It's a huge threat to human health — even more so during the raging pandemic. We need new antibiotics, and we need them fast.
In the US alone, nearly three million people¹ get infected with antibiotic-resistant bacteria or fungi every year. But very few new antibiotics are being developed to replace those that no longer work. That's because drug design is an extremely difficult and lengthy process — there are more possible chemical combinations of a new molecule than there are atoms in the Universe. For further information see the IDTechEx report on AI in Medical Diagnostics 2020-2030: Image Recognition, Players, Clinical Applications, Forecasts.
Paving the way to the era of Accelerated Discovery, the IBM Research team has developed an AI system that can help speed up the design of molecules for novel antibiotics. And it works — in "Accelerating Antimicrobial Discovery with Controllable Deep Generative Models and Molecular Dynamics," published in Nature Biomedical Engineering, the researchers outline how they used it to create two new non-toxic antimicrobial peptides (AMPs) with strong broad-spectrum potency. Peptides are small molecules — they are short strings of amino acids, the building blocks of proteins.The IBM approach outperforms other leading de novo AMP design methods by nearly 10 percent.
Beyond antibiotics, this generative AI system could potentially accelerate the design process of the best possible molecules for new drugs and materials — helping scientists to use AI to discover and design better candidates for more effective drugs and therapies for diseases, materials to absorb and capture carbon to help fight climate change, materials for more intelligent energy production and storage, and much more. To fight these challenges, we need to accelerate the rate of discovery of new and functional molecules — at scale.
That's far from easy. Zeroing in on the correct molecular configuration that would lead to a new material with desired properties among the astronomical number of possible molecules is like looking for a needle in a haystack. For peptides, one would typically have to experimentally screen more than a hundred molecules to find one with the right properties. So IBM turned to AI for help.
First, the team used an AI generative model dubbed a deep generative autoencoder to learn about the vast space of known peptide molecules. The model captured meaningful information such as molecular similarity and function about diverse peptide sequences, enabling exploration beyond known antimicrobial templates. They then applied Controlled Latent attribute Space Sampling (CLaSS) — a recently developed computational method for generating novel peptide molecules with custom properties. It works by sampling from the informative latent space of peptides and relies on a rejection sampling scheme guided by the molecular property the classifier trained on during the latent representation. Since CLaSS performs attribute-conditioned sampling in the compressed latent space, it is a computationally efficient and scalable approach that can be easily repurposed.
The IBM team then used deep learning classifiers to screen the AI-generated candidate antimicrobial molecules for additional key attributes, such as toxicity and broad-spectrum activity and performed additional screening with the help of high-throughput, coarse-grained molecular dynamics simulations. These simulations look for presence of novel physicochemical features indicative of stable and peptide-membrane binding, such as low-contact variance between peptide and membrane.
Within 48 days, their AI-boosted molecular design approach to Accelerated Discovery enabled the team to identify, synthesize, and experimentally test 20 AI-generated novel candidate antimicrobial peptides. Two of them turned out to be highly potent against diverse Gram-positive and Gram-negative pathogens (including multidrug-resistant K. pneumoniae) and very unlikely to trigger drug resistance in E. coli.
IBM also didn't find any cross-resistance for either of the AMPs when tested using a polymyxin-resistant strain. Live-cell confocal imaging showed the formation of membrane pores as the underlying mechanism of bactericidal mode of action of these peptides. Both antimicrobials have low toxicity — we tested them in vitro and also in mice, providing important information about the safety, toxicity and efficacy of these antimicrobial candidates in a complex animal model.
IBM's proposed approach could potentially lead to faster and more efficient discovery of potent and selective broad-spectrum antimicrobials to keep antibiotic-resistant bacteria at bay — for good. And the researchers hope that their AI could also be used to help address the world's other most difficult discovery challenges, such as designing new therapeutics, environmentally friendly and sustainable photoresists, new catalysts for more efficient carbon capture, and so much more.
Source: IBM Research
Top image: Pixabay