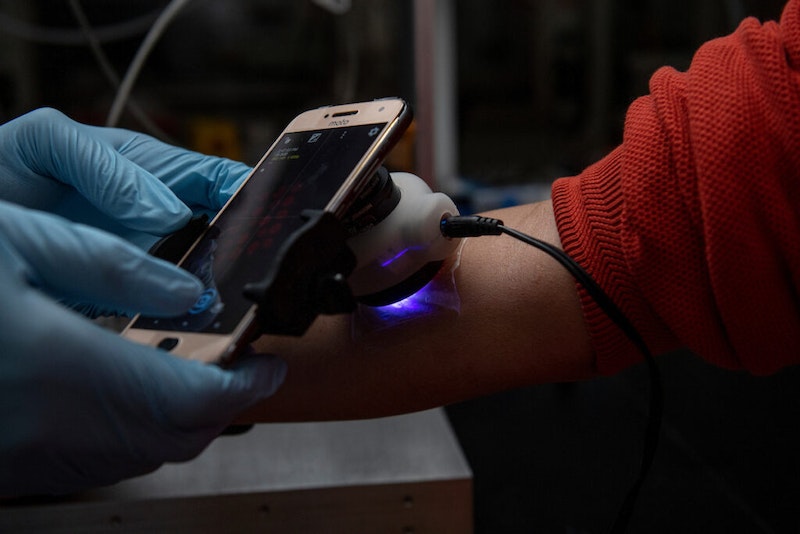 In a time of COVID-19 restrictions and minimal travel, many people are turning to virtual doctor appointments and consultations as a safer alternative to in-person doctor visits. Researchers at Missouri S&T are working to make this new wave of telemedicine more successful by creating an oxygen-sensing patch printed on a flexible, disposable bandage that can interact with a smartphone. This smart bandage could enable remote monitoring for the early detection of illnesses such as pressure ulcers, allowing for immediate treatment or intervention.
"Our current work focuses on designing and optimizing a tissue oxygen sensor by using inexpensive inkjet printing techniques," says Dr. Chang-Soo Kim, professor of electrical and computer engineering at Missouri S&T. "Concurrently, we are developing a smartphone app that can interpret sensor images. This prototype will be evaluated using phantom tissue that mimics a pressure ulcer site."
Kim is working with Dr. William Stoecker, a dermatologist at The Dermatology Center in Rolla and an adjunct assistant professor at S&T, and Dr. Paul Nam, an associate professor of chemistry at S&T. Together, they hope to create an affordable, user-friendly diagnostic bandage that would provide early intervention for chronic sores. For further information see the IDTechEx report on Advanced Wound Care Technologies 2020-2030.
Chronic wound diagnoses such as ulcers are increasing due to the increased prevalence of diabetes, obesity, strokes and other vascular diseases found in aging populations, says Stoecker. Prolonged immobility from hospital stays or assisted-living care can also lead to such sores. To potentially minimize the length of a hospital stay and save millions of dollars in wound care costs annually, the researchers are combining biomedical engineering and current best practices in medicine to develop the first smart sensor bandage capable of detecting ulcer formation and potentially prevent skin decomposition.
The hurdles that the team are working to overcome include producing a low-cost smart bandage consisting of materials totaling less than a dollar and optimizing a printable ink composition for the bandage. The composition has been developed by Mousumi Bose, one of Nam's Ph.D. students, with an inkjet printer designed by undergraduate student Jason Boes. Jason Hagerty, a computer engineering Ph.D. student at S&T, is creating a colorimetric image processing app using the resources already included in a typical smartphone.
Generally, ulcer injuries must be assessed manually and evaluated by medical personnel. But a smart dressing could sense the impaired blood circulation and poor oxygenation around the at-risk skin region.
"Our optical sensor bandage functions by detecting a low skin oxygen level caused by compromised circulation," says Kim. "This low oxygen produces a color change called luminescence intensity. The smartphone can then take a photograph of the dressing and transmit it to enable remote monitoring or encourage timely intervention before major skin decomposition occurs."
By intervening at the site of an injury like a foot ulcer before it is even visible to the eye, the smart bandages will be able provide feedback to the patient's care provider and complete a diagnosis, all from the comfort of the patient's own home. 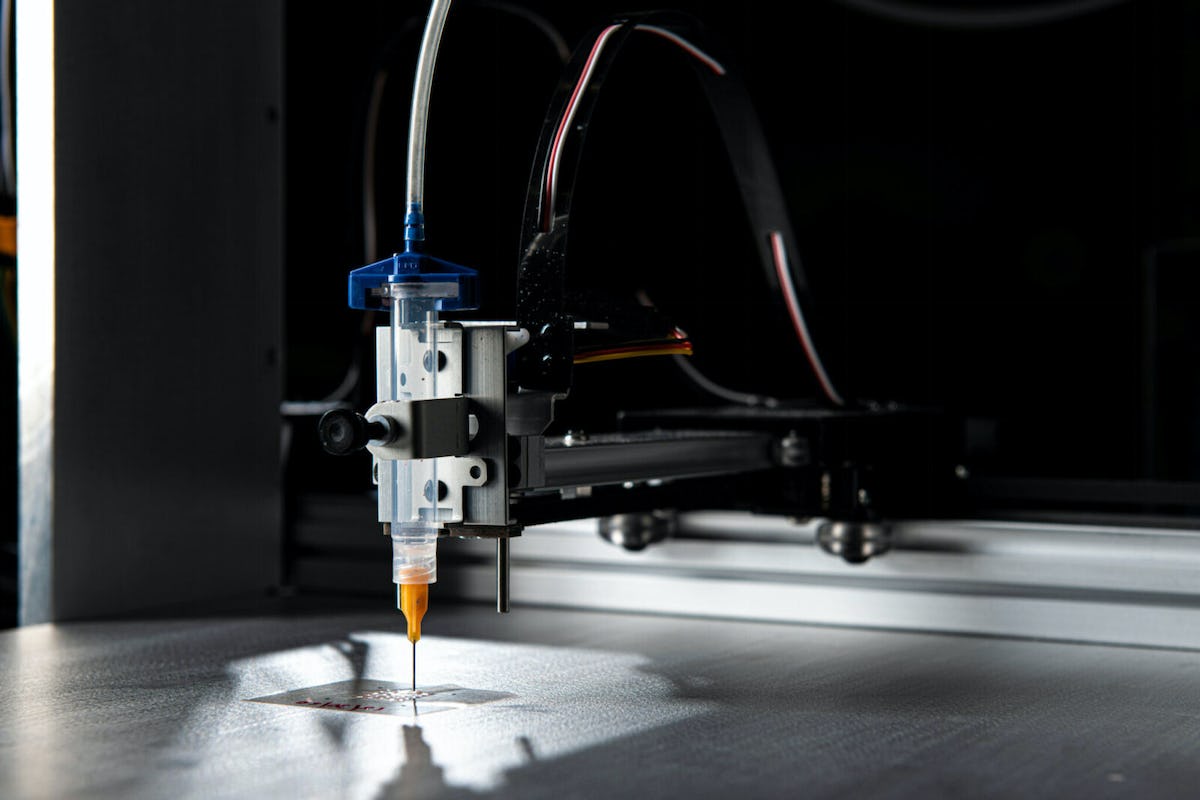 Source and top image: Missouri University of Science and Technology