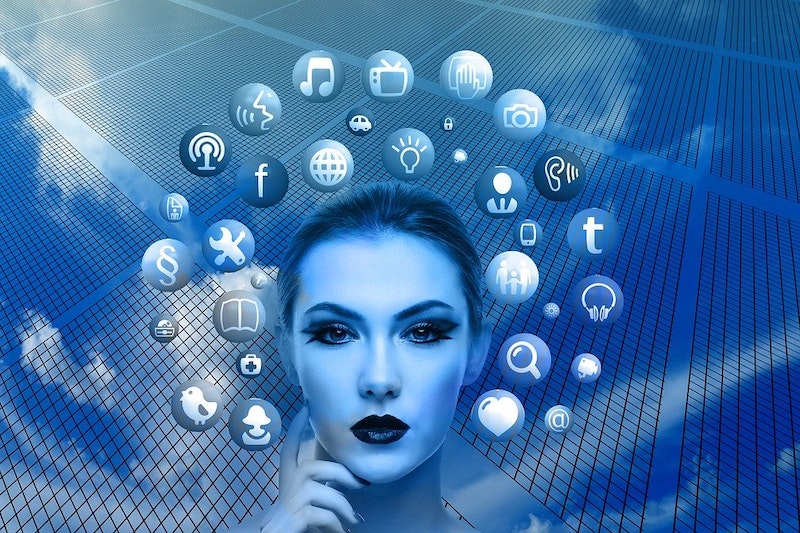 Researchers at The Feinstein Institutes for Medical Research developed novel machine learning (ML) algorithms from a user's Facebook activity capable of accurately predicting those who go on to develop schizophrenia spectrum disorders (SSD) and mood disorders (MD) more than a year prior to the patient's first hospitalization and official diagnosis. This milestone accomplishment — made in collaboration with computer scientists at IBM Research and published in Nature Partner Journals Schizophrenia — further supports the integration of digital activity and social media into early intervention and psychiatric care.
In an effort to improve psychiatric screening procedures and trajectories to care, research led by Michael Birnbaum, MD, assistant professor at Feinstein Institutes' Institute of Behavioral Science, analyzed Facebook data 18 months prior to the first psychiatric hospitalization. The study team extracted 3,404,959 Facebook messages and 142,390 images across 223 consented participants to identify characteristics that distinguished participants with SSD and MD from healthy volunteers (HV). For further information see the IDTechEx report on AI in Medical Diagnostics 2020-2030: Image Recognition, Players, Clinical Applications, Forecasts.
Some of the key findings include:
The time between illness onset and receiving appropriate care can be lengthy and mental health professionals are looking for new methods to objectively identify early warning signs of emerging psychiatric symptoms that could improve early intervention strategies. To date, most prior studies exploring associations between social media activity and psychiatric diagnoses relied on assumptions about clinical and diagnostic status. This study is one of the first to use real patient data with clinically confirmed and validated psychiatric diagnoses to develop machine learning algorithms, and to explore social media activity over a year in advance of receiving psychiatric care.
"There is great promise in the current research regarding the relationship between social media activity and behavioral health, and our results published with IBM Research today demonstrate that machine learning algorithms are capable of identifying signals associated with mental illness, well over a year in advance of the first psychiatric hospitalization," said Dr. Birnbaum, program director for Northwell Health's Early Treatment Program (ETP). "We have the potential to thoughtfully bring psychiatry into the modern, digital age by integrating these data into the field."
This research is one of many recent publications from Dr. Birnbaum and team that point to the promise of social media and online activity for psychiatry. Most recently, in collaboration with Cornell Tech and Georgia Tech, a paper published in Public Library of Science One analyzed over 400,000 search queries, utilizing one year's worth of data in advance of the first psychiatric hospitalization. Differences in timing, frequency and content of searches were observed in those with SSD and MD compared to HV, similar to today's published Facebook research.
"Early diagnosis of serious mental illness significantly improves long term outcomes and treatment responses," said Kevin J. Tracey, MD, president and CEO of the Feinstein Institutes."Dr. Birnbaum is pioneering social media and digital clinical strategies to detect illness at the critical early stages when treatments are most likely to be effective."
Source: Feinstein Institutes for Medical Research
Top image: Pixabay