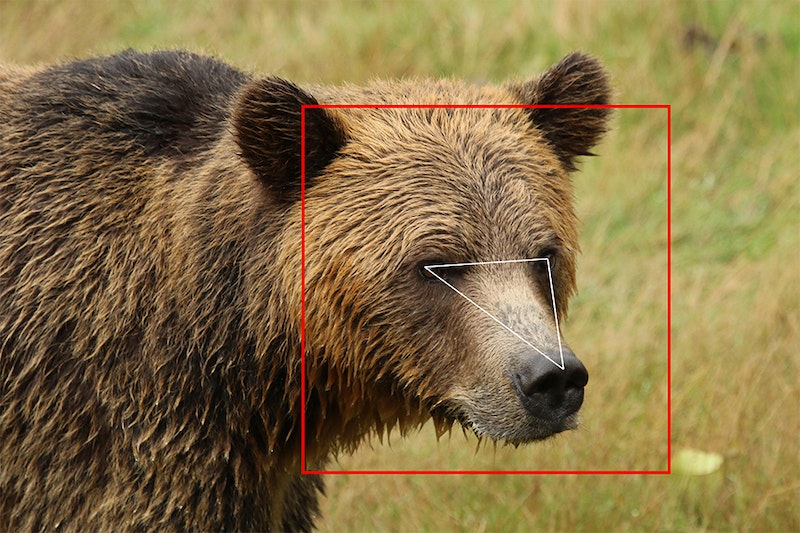 A research project led by University of Victoria geography postdoctoral fellow Melanie Clapham proves that individual brown bears can be identified from photographs alone—something which had previously only been done for primates.
Using facial recognition technology, this "deep learning" technique has the potential to reduce human-wildlife conflicts by identifying particular bears (i.e. those that are repeatedly breaking into garbage cans can be identified as repeat offenders) and also has applications for other species that don't have unique or distinguishable markings.
Deep learning is a state-of-the-art method of AI (artificial intelligence) and was used by the UVic researchers and private software engineers to detect and identify grizzly bears from photos. Deep learning is a type of machine learning that learns by example and the research team used this technique to train their facial recognition software.
BearID, a valuable tool for scientists
The freely available software, BearID, provides a valuable tool for scientists to track populations of grizzly bears. And it also addresses a fundamental problem in wildlife research: how do we visually identify individual animals in species that lack markings such as spots or stripes? As a result of training the deep learning system, the team was able to identify individual bears with an 84% accuracy using thousands of images of bears collected from two sites of long-term monitoring: Knight Inlet in BC and Brooks River in Alaska's Katmai National Park.
"We wanted to assess the behaviour of individual bears over time, but realized how difficult it can be to tell these bears apart." said Melanie Clapham, lead author of the new study.
Until recently, facial recognition was only used on humans and nonhuman primates, but by using the new system on images of grizzly bear faces, the researchers were able to apply those same facial recognition techniques.
"They can look very different as they grow and even between different seasons," Clapham explains. "We wanted a way to automate the visual ID process and make it accurate, and AI provided the solution."
For Dallas Smith, president of Nanwakolas Council, this research opens doors for grizzly bear monitoring in the traditional territories of local First Nations (where Knight Inlet is located).
"This amazing technology will help us identify individual bears and better understand their movement and interactions throughout our territories, which will enable us to build better management plans around habitat protection." said Dallas Smith, president of Nanwakolas Council.
The BearID can be used to visually identify animals without physically or genetically tagging the species.
"It will help us manage and mitigate the impact of wildlife viewing, as well as positioning ourselves to more effectively and efficiently deal with bear-human conflicts that are becoming more and more prevalent," Smith adds.
The study, Automated facial recognition for wildlife that lack unique markings: A deep learning approach for brown bears, was published in Ecology and Evolution.
Source and top image: University of Victoria

Electric Cars: The Lifeline of the Auto Industry
Drones' Impact is Wide Reaching, But What Will Happen in The Future?
COVID-19 Brings Unprecedented Shifts in Healthcare Technology Adoption
AI in Drug Discovery - Virtual Hit Screening