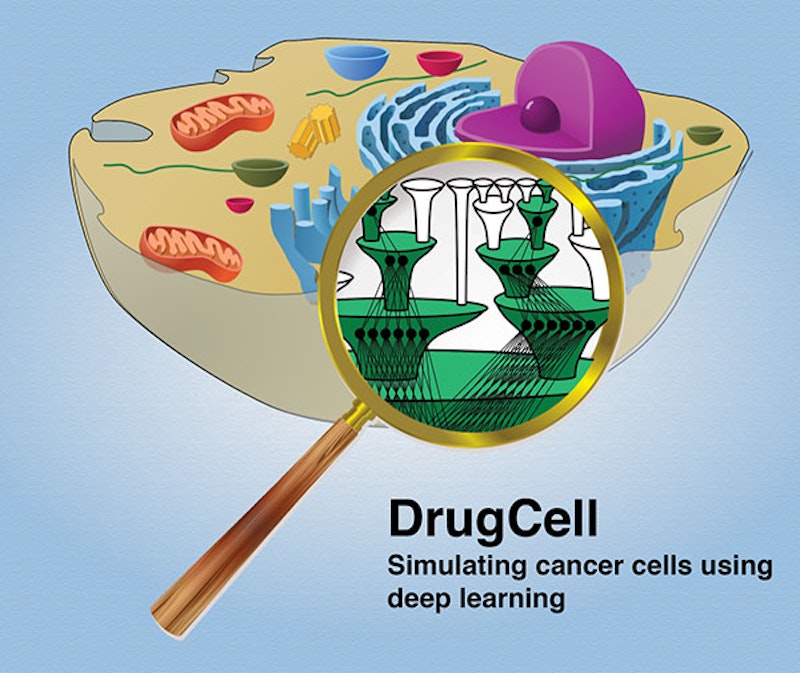 Only 4 percent of all cancer therapeutic drugs under development earn final approval by the U.S. Food and Drug Administration (FDA).
"That's because right now we can't match the right combination of drugs to the right patients in a smart way," said Trey Ideker, PhD, professor at University of California San Diego School of Medicine and Moores Cancer Center. "And especially for cancer, where we can't always predict which drugs will work best given the unique, complex inner workings of a person's tumor cells."
In a paper published October 20, 2020 in Cancer Cell, Ideker and Brent Kuenzi, PhD, and Jisoo Park, PhD, postdoctoral researchers in his lab, describe DrugCell, a new artificial intelligence (AI) system they created that not only matches tumors to the best drug combinations, but does so in a way that makes sense to humans. For further information see the IDTechex report on AI in Medical Diagnostics 2020-2030: Image Recognition, Players, Clinical Applications, Forecasts.
"Most AI systems are 'black boxes' — they can be very predictive, but we don't actually know all that much about how they work," said Ideker, who is also co-director of the Cancer Cell Map Initiative and the National Resource for Network Biology.
He gave the example of the way an internet image search for "cat" works. AI systems working behind the scenes are trained on existing cat images, but how they actually label a new image as "cat" and not "rat" or something else is unknown. For AI to be useful in health care, Ideker said, we have to be able to see inside the black box to understand how the system comes to its conclusions. "We need to know why that decision is made, what pathways those recommended drugs are targeting and the reasons for a positive drug response or for its rejection."
The team's work on DrugCell began several years ago in yeast. In a previous study , they built an AI system called DCell using information about a yeast cell's genes and mutations. DCell predicted cellular behaviors, such as growth, all outside the "black box." DrugCell, a next-generation version of DCell, was trained on more than 1,200 tumor cell lines and their responses to nearly 700 FDA-approved and experimental therapeutic drugs — a total of more than 500,000 cell line/drug pairings. The researchers also validated some of DrugCell's conclusions in laboratory experiments.
With DrugCell, the team can input data about a tumor and the system returns the best known drug, the biological pathways that control response to that drug, and combinations of drugs to best treat the malignancy. Precision cancer therapy is already available at Moores Cancer Center at UC San Diego Health, where patients may have a biopsy of their tumor sequenced for mutations and assessed by the Molecular Tumor Board, an interdisciplinary group of experts. The board recommends personalized therapies based on the patient's unique genomic alterations and other information. A recent study showed these patients have better outcomes. In a way, DrugCell simulates the human Molecular Tumor Board.
"We were surprised by how well DrugCell was able to translate from laboratory cell lines, which is what we trained the model on, to tumors in mice and patients, as well as clinical trial data," Kuenzi said.
The team's ultimate goal is to get DrugCell into clinics for the benefit of patients, but the study authors caution there's still a lot of work to do.
"While 1,200 cell lines is a good start, it's of course not representative of the full heterogeneity of cancer," Park said. "Our team is now adding more single-cell data and trying different drug structures. We also hope to partner with existing clinical studies to embed DrugCell as a diagnostic tool, testing it prospectively in the real world."
Source and top image: UC San Diego