AI as a Backup to Radiologists' Eyes 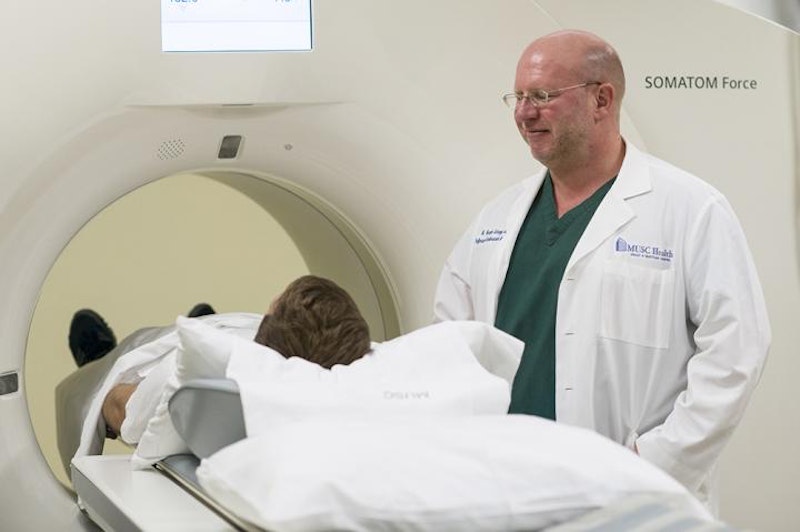 Diagnosing emphysema and classifying its severity have long been more art than science.
"Everybody has a different trigger threshold for what they would call normal and what they would call disease," said U. Joseph Schoepf, M.D., director of cardiovascular imaging for MUSC Health and assistant dean for clinical research in the Medical University of South Carolina College of Medicine. And until recently, scans of damaged lungs have been a moot point, he said. "In the past, if you lost lung tissue, that was it. The lung tissue was gone, and there was very little you could do in terms of therapy to help patients," he said.
But with advancements in treatment in recent years has come an increased interest in objectively classifying the disease, Schoepf said. That's where artificial intelligence and imaging could come into play. For further information see the IDTechEx report on Digital Health & Artificial Intelligence 2020: Trends, Opportunities, and Outlook.
Schoepf was principal investigator in a study looking at the results of Siemens Healthineers' AI-Rad Companion as compared with traditional lung function tests. The study, published online in the American Journal of Roentgenology in March, showed that the algorithm within AI-Rad Companion, which examines chest scans, provides results comparable with lung function tests, which measure how forcefully a person can exhale. Showing that the artificial intelligence software works is the first step toward possibly using chest scans to quantify the severity of the lung disease and track the progress of treatment.
In the study, researchers went back and looked at the chest scans and lung function tests of 141 people. Chest scans aren't currently part of the guidelines for diagnosing chronic obstructive pulmonary disease, an umbrella term that includes emphysema, chronic bronchitis and other lung diseases, Schoepf said, because there hasn't been an objective means to evaluate scans. However, he anticipates a role for imaging scans if it can be shown that they offer a benefit in terms of objectivity and quantification.
Philipp Hoelzer, customer engagement manager with Siemens Healthineers, said having an objective measurement could help in assessing the value of new treatments or drugs. The Siemens Healthineers team sees the program as a way for artificial intelligence to work in tandem with the clinical expertise of radiologists, he said.
"Taking away manual, repetitive tasks, like those that require a lot of measurement, is of great benefit to a radiologist, especially when reading cases that may have 20 or more nodules," he said. "Interpreting the images, and the abstract thinking that goes along with it, will remain with the radiologist."
The program can also offer a concrete aid to doctors trying to impress upon patients the necessity of making changes. It can create a 3D model of the patient's lungs, showing the existing damage. "If you could visualize it and provide the information in image terms, you could better communicate with the patient and hopefully nudge the patient into smoking cessation or lifestyle changes," Hoelzer said.
A potential additional benefit is that AI-Rad Companion automatically looks for problems across multiple organ systems, including measuring the aorta and bone density. As Schoepf moves into a prospective study phase, he'll be examining whether the artificial intelligence finds things that humans miss. And it can be easy for humans to miss problems that they aren't specifically looking for, he said.
"We're told the patient has these types of symptoms, and then we basically go look for stuff that could explain those symptoms. So, we're often blind to things that do not necessarily relate to the organ system we're interested in," he said.
It can also be difficult for humans to create an accurate measurement of a three-dimensional structure within the body from a two-dimensional scan - something that isn't a problem for the artificial intelligence program. It can automatically combine multiple 2D images to produce 3D measurements. Schoepf wants to see whether the program improves patient management by prompting early treatment of problems, like a widened aorta or decreased bone density, before the problems become painfully obvious to both doctor and patient.
Further, addressing the dynamically changing health care environment, significant efforts are currently in the final stages to train the artificial intelligence software in the detection and characterization of COVID-19-related lung changes. Hopefully, this would provide physicians with a tool to better differentiate the rather non-specific lung findings of COVID-19 pneumonia from other infectious or inflammatory lung disorders and more objectively quantify the extent of disease.
In terms of the measures for which it was originally developed, Schoepf said MUSC Health will test the system for three months before determining whether to deploy it more extensively. With a regional network that now includes hospitals across the state, it could be a useful tool in standardizing care.
"It's a great chance for patients to get better care. We have world-class radiologists here, but these systems add a little extra," he said.
Source and top image: Medical University of South Carolina