Printed Electronics World has just visited Electroluminate in Hampshire in England. Electroluminate is a UK based company, with prototyping and assembly in the UK and manufacture in Sheinzhen China as well as in India.
They create an impressive stream of imaginative uses for printed ac and dc electroluminescent displays on polyester with sequentially emitting patterns up to a width of 3 meters and, with total coverage, up to 1.5 meters.
Outdoor and indoor light emitting versions are now available, one success being the following Jameson whisky advertisement which reveals ever more bottle tops from top to bottom to create a cascade impression. 5000 of these TV sized displays have been used in promotions in various consumer outlets as well as large sized rear panel displays in the airports of Dublin, Madrid, Moscow and elsewhere. Delivery of the customised design was only two months from order. Given the nature of the strong enquiry stream from various top brands, we believe that this company is poised to land some one million unit orders before long. 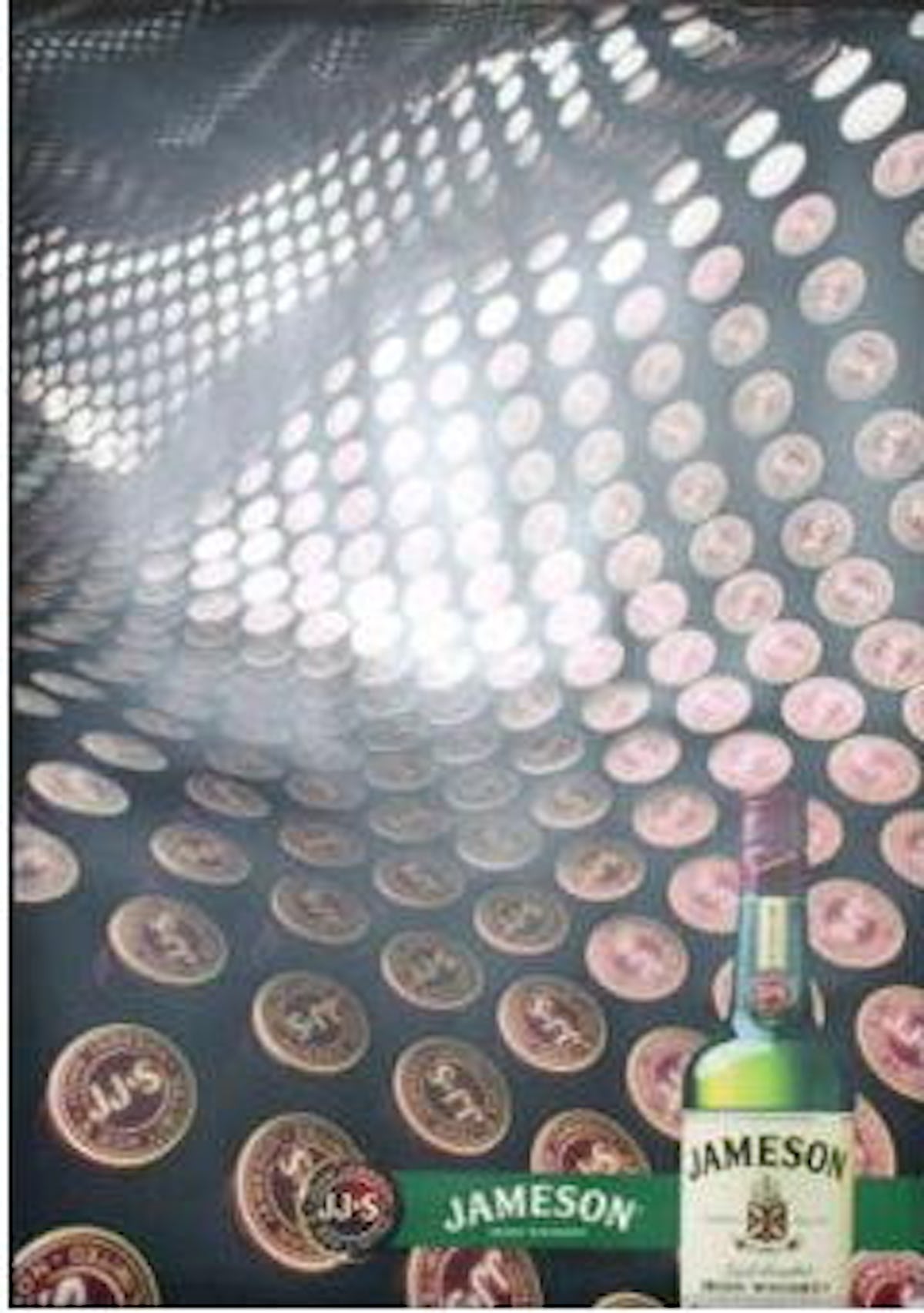 Photo: IDTechEx
The colour rendering is most impressive, one example being the animated Johnny Walker advertisement below where the golden liquid is excellently portrayed. Our photography does not do it full justice. In the past, printed ac electroluminescent displays have sometimes been criticised for having rather crude colours. 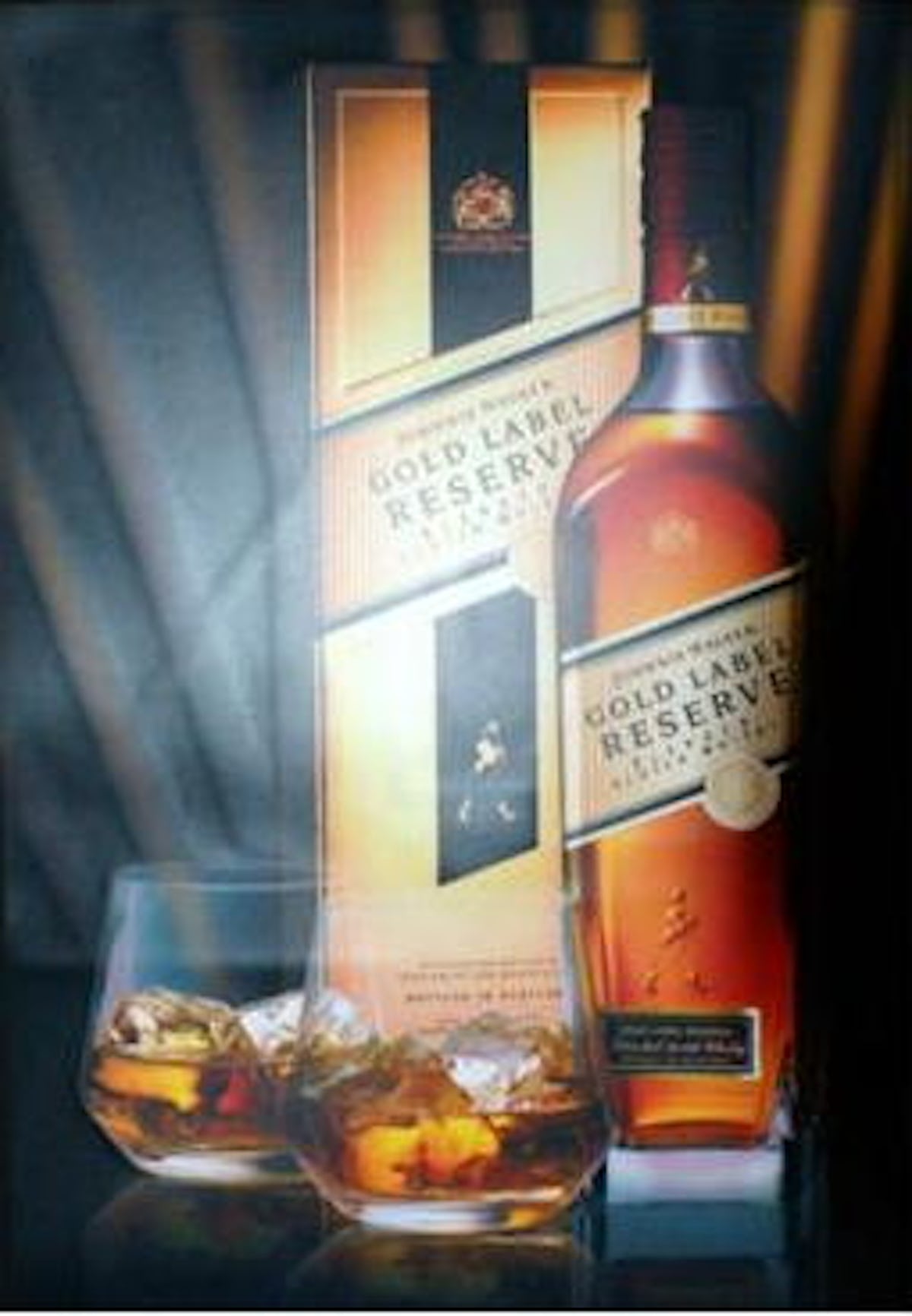 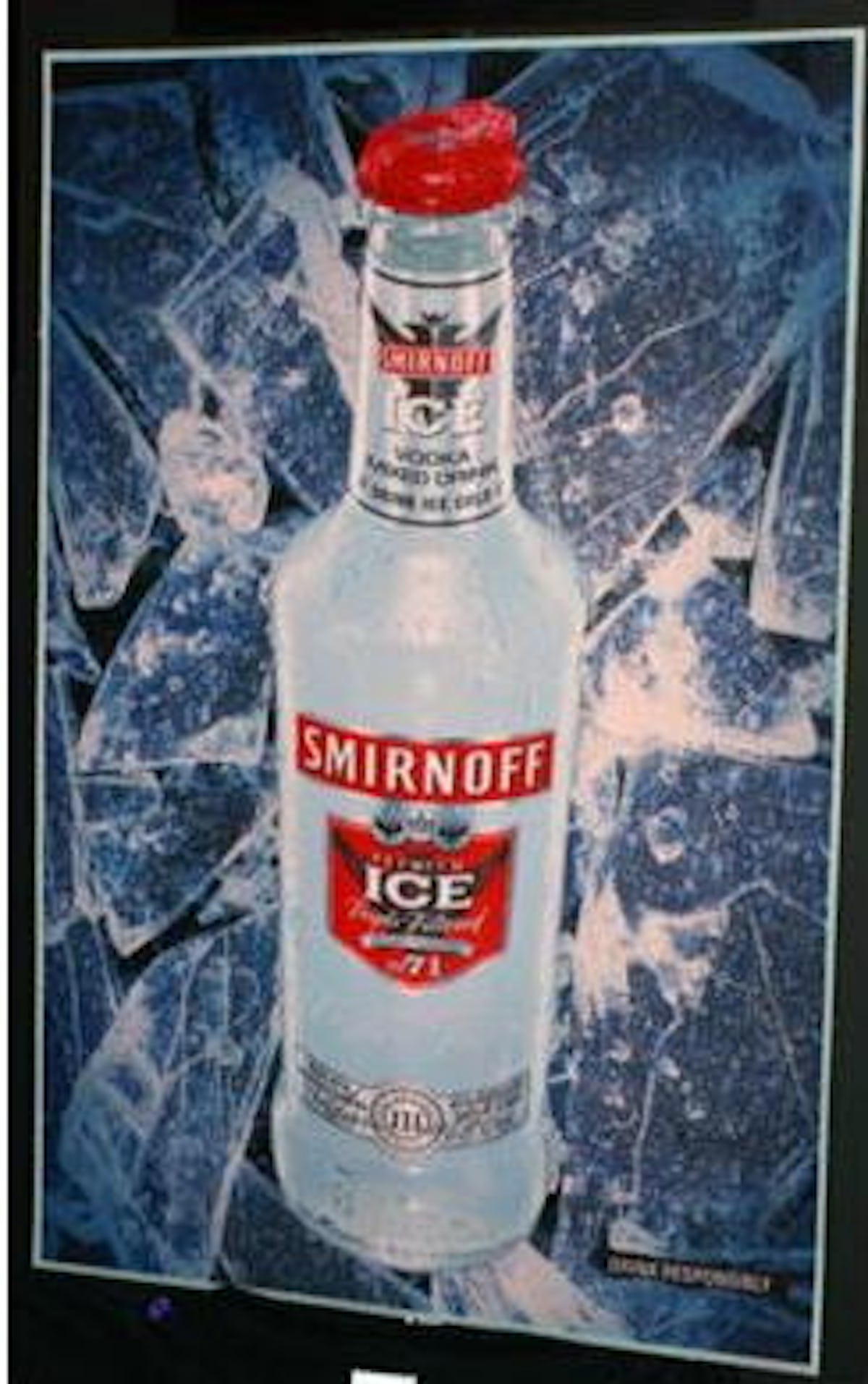 Photo: IDTechEx
Electroluminate has supplied original products to a remarkable list of famous brands including Coca-Cola, Pepsi Cola, Smirnoff above, The Singleton of Glen Ord, Guinness, Desperados, Harp, Kronenbourg and Tiger beer. For Bacardi, it provided the animated, light emitting door mat below. However, this client list is now being extended into other industries. Most of this work is currently under wraps but we can reveal that Electroluminate has developed many products employing its new light emitting rope and LED array light panels that are only five millimetersmillimetres thick. Ac electroluminescence gives the fine definition and colour choice whereas LEDs are brighter, for use even in sunlight, but with poorer definition and, in the case of Electroluminate, only white, so the products are complementary. The LED arrays lighting is formable but not significantly flexible. 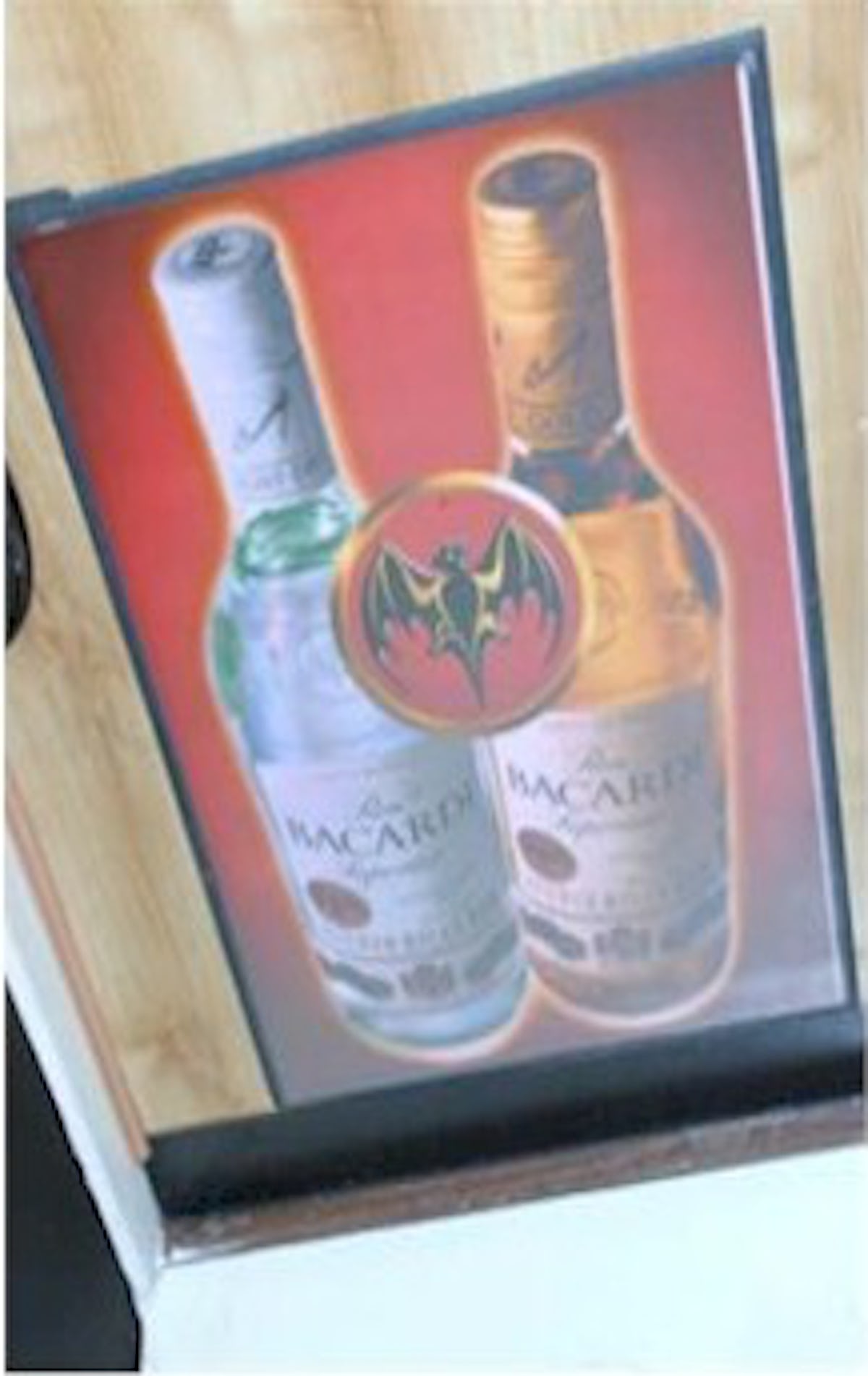 Photo: IDTechEx
Highly ruggedized and waterproof light tape is being applied to marine buoys to enhance their visibility. For example, the one below has vertical stripes at the top section that glow red. 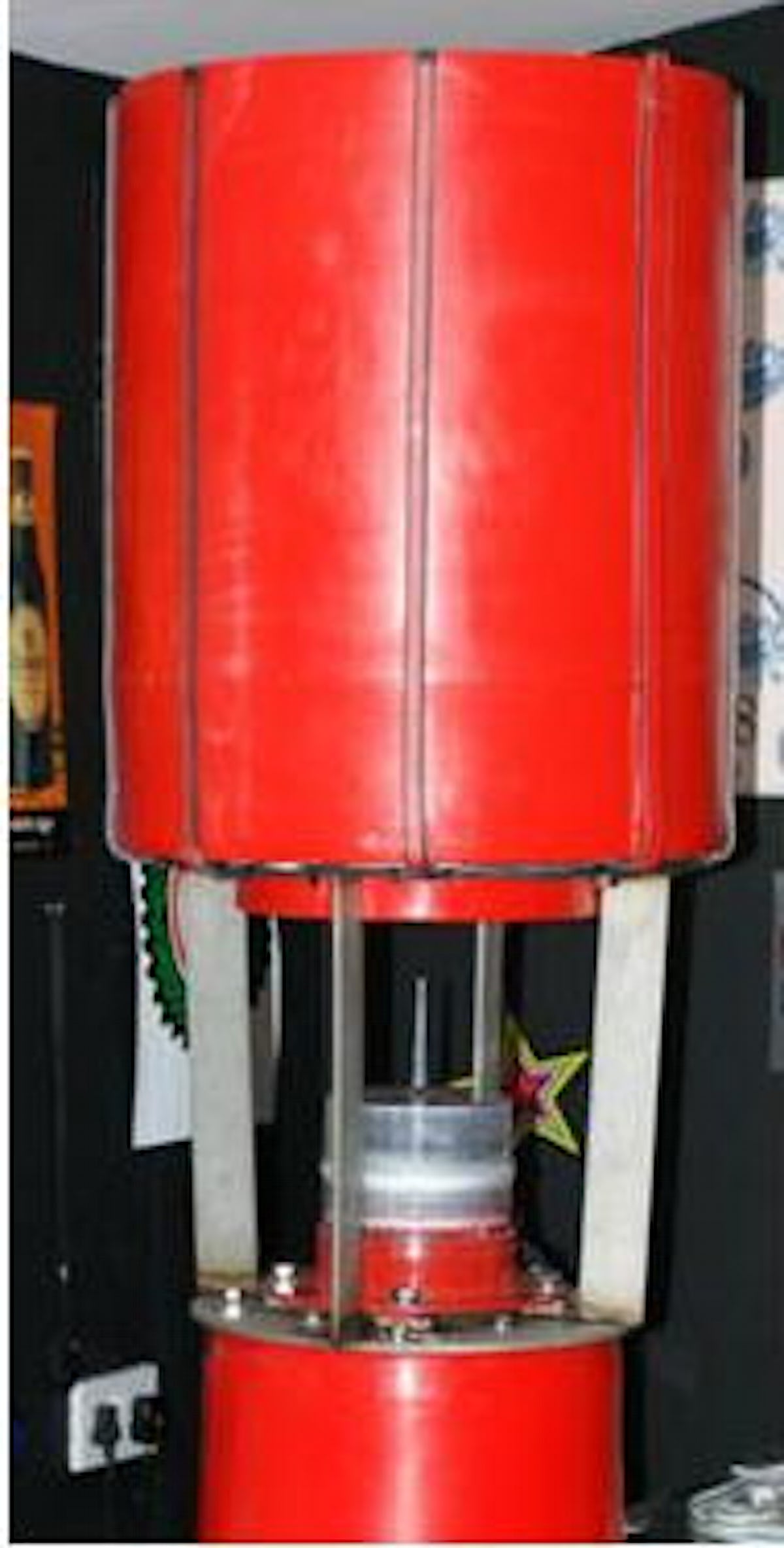